CNA Staff, Jul 14, 2020 / 04:01 pm MT (CNA).- The chief judge of a federal district court in Indiana denied Tuesday a motion to delay the execution of Dustin Honken, which is scheduled to take place Friday, until a treatment or vaccine for coronavirus is widely available.

Fr. Mark O’Keefe, OSB, filed the motion for an injunction, asking that the execution be delayed so he could fulfill his “sacred religious duty to minister Mr. Honken at his execution” while not risking his own “life and health.”

Jane Magnus-Stinson, chief judge of the US District Court for the Southern District of Indiana, denied the motion July 14, saying it was unlikely that O’Keefe could successfully argue that the execution would violate his religious freedom rights, as well as procedural rights.

Edward Wallace, an attorney for Fr. O’Keefe, responded that “The First Amendment bars the federal government from burdening an individual’s exercise of his religion unless there is a compelling government interest. Today’s ruling ignores the fact that there is no legitimate government interest in forcing a priest to choose between fulfilling his sacred duties and protecting his own and others’ lives and health.”

Wallace added that the executions of Honken and another inmate, Wesley Purkey, should not be carried out “in the midst of a global pandemic and a burgeoning outbreak in the federal prison population.”

Honken was convicted of the murder of five people, including a single mother and her two daughters aged ten and six years old, in 2004. His execution is scheduled July 17.

The motion to delay the executions were filed by Fr. O’Keefe and by Dale Hartkemeyer, who is the Buddhist minister to Purkey. They asserted that the scheduled executions put them at “serious personal risk due to potential exposure to the coronavirus,” and thus violate the Religious Freedom Restoration Act and the Administrative Procedure Act.

The Department of Justice argued that while the ministers’ “sincerely held religious beliefs require them to attend to the spiritual needs” of the inmates as they face execution, it “has imposed no substantial burden on the plaintiffs’ free exercise of those beliefs because the plaintiffs are ‘not themselves the subject of government regulation.’” It added that the supposed impediment to the scheduled execution, the pandemic, “is not one of the Government’s making.”

Magnus-Stinson wrote that “to show a government-created substantial burden” under RFRA, “a plaintiff must identify some government action with a ‘tendency to coerce individuals into acting contrary to their religious beliefs.’ The mere scheduling of an execution imposes no obligation or restriction on the religious advisor whom the condemned prisoner has selected to attend. And the plaintiffs’ claims as stated in their complaint rest entirely on the setting of Mr. Purkey’s and Mr. Honken’s execution dates during the pandemic. Accordingly, the plaintiffs have not shown more than a negligible likelihood of demonstrating a substantial burden on their religious beliefs, as required to prevail on their RFRA claims.”

The schedule executions of Honken and Purkey are pursuant to the Justice Department’s 2019 announcement that the federal bureau of prisons would resume executions for the first time since 2003.

Five executions were scheduled between July 13 and Aug. 28. The first was carried out July 14. Challenges against the other three executions have failed, but the fifth inmate, Wesley Ira Purkey, had his execution temporarily halted July 2 by the Seventh Circuit appeals court.

Fr. O’Keefe, 64, is a Benedictine monk of St. Meinrad Archabbey and professor of moral theology at Saint Meinrad Seminary and School of Theology. He also ministers to the incarcerated and to cloistered nuns.

He has ministered to Honken for a decade, and has been approved to administer him last rites shortly before his execution.

Earlier this month Cardinal Joseph Tobin of Newark had asked President Donald Trump to commute Honken’s death sentence. The cardinal had frequently visited Honken while he was Archbishop of Indianapolis, and he testified that Fr. O’Keefe “confirms that the spiritual growth in faith and compassion, which I had witnessed in our meetings some years ago, continues to this day.”

While acknowledging Honken’s crimes as “heinous”, Cardinal Tobin asserted that his execution “will do nothing to restore justice or heal those still burdened by these crimes.”

“His execution will reduce the government of the United States to the level of a murderer and serve to perpetuate a climate of violence which brutalizes our society in so many ways,” Tobin claimed, noting that the use of the death penalty makes the United States an “outlier” in the world.

While the Church teaches that capital punishment is not intrinsically evil, both Pope Francis and his immediate predecessors have condemned the practice in the West.

Regarding the execution of criminals, the Catechism of the Council of Trent taught that by its “legal and judicious exercise”, civil authorities “punish the guilty and protect the innocent.”

St. John Paul II called on Christians to be “unconditionally pro-life” and said that “the dignity of human life must never be taken away, even in the case of someone who has done great evil.” He also spoke of his desire for a consensus to end the death penalty, which he called “cruel and unnecessary.”

And Benedict XVI exhorted world leaders to make “every effort to eliminate the death penalty” and told Catholics that ending capital punishment was an essential part of “conforming penal law both to the human dignity of prisoners and the effective maintenance of public order.”

In August 2018, the Congregation for the Doctrine of the Faith issued a new draft of the Catechism of the Catholic Church’s paragraph regarding capital punishment.

Quoting Pope Francis’ words in a speech of Oct. 11, 2017, the new paragraph states, in part, that “the Church teaches, in the light of the Gospel, that ‘the death penalty is inadmissible because it is an attack on the inviolability and dignity of the person,’ and she works with determination for its abolition worldwide.”

Reasons for that teaching, the paragraph says, include: the increasing effectiveness of detention systems, growing understanding of the unchanging dignity of the person, and leaving open the possibility of conversion.

Fr. Thomas Petri, O.P., a moral theologian at the Dominican House of Studies in Washington, D.C., told CNA at the time that he thinks this change “further absolutizes the pastoral conclusion made by John Paul II.”

“Nothing in the new wording of paragraph 2267 suggests the death penalty is intrinsically evil. Indeed, nothing could suggest that because it would contradict the firm teaching of the Church,” Fr. Petri continued.

A picture says a thousand words: Jacob Kroger to be in Tournament of Roses Parade 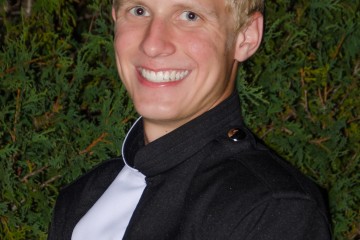