CNA Staff, May 20, 2020 / 08:45 am MT (CNA).- Planned Parenthood affiliates reportedly received $80 million in emergency coronavirus loans, despite congressional regulations that were intended to disqualify them.

Fox News reported on Tuesday that 37 of the organization’s affiliates applied for and received $80 million in loans from the Paycheck Protection Program (PPP), designed to help small businesses and non-profits stay open and maintain payroll during the new coronavirus (COVID-19) pandemic.

The emergency loan program set up under the CARES Act required that small businesses or non-profits applying for loans have 500 or fewer employees.

Upon the news that Planned Parenthood received PPP loans, Republican senators voiced their disapproval on Tuesday, calling for an investigation.

Sen. Marco Rubio (R-Fla.), chair of the Senate small business committee, said that there was “no ambiguity in the legislation,” and that “organizations such as Planned Parenthood, whose parent organization has close to half a billion dollars in assets, is not eligible for the Paycheck Protection Program.”

“Those funds must be returned immediately,” Rubio said. “Furthermore, the SBA should open an investigation into how these loans were made in clear violation of the applicable affiliation rules.”

The senator said that if there was evidence that SBA, Planned Parenthood, or bank staff “knowingly violated the law” then “all appropriate legal options should be pursued.”

Sen. Josh Hawley (R-Mo.) said on Twitter that “The money needs to be recovered and if anybody knowingly falsified applications, they need to be prosecuted.”

Religious organizations—such as Catholic parishes and schools that are part of larger dioceses—were not subject to the SBA affiliation rules, and 9,000 parishes had received PPP loans as of May 8.

Marjorie Dannenfelser, president of the pro-life Susan B. Anthony List, said that “it is rich” that Planned Parenthood received emergency loans despite affiliates remaining open for business during the pandemic, and nearly $2 billion in net assets for the Planned Parenthood Federation of America.

According to the Fox News report, Planned Parenthood affiliates in California and Washington received $7.5 million and more than $1.3 million under the program, respectively. The SBA was reportedly demanding that the loans be returned and threatened sanctions if PPP applications were falsified.

Even after the CARES Act was passed, some members of Congress asked for reaffirmations that the organization was not getting PPP funding. On April 30, 94 members of Congress wrote SBA administrator Jovita Carranza asking her to clarify whether Planned Parenthood affiliates were eligible for the funding.

“In order to ensure the finite appropriations for the PPP are directed towards the many deserving and eligible entities who need it, we ask for a determination as to whether the nation’s largest abortion provider, Planned Parenthood Federation of America (PPFA), and any of its affiliates are eligible for these loans,” the members wrote.

Under the SBA’s affiliation rules, they added, “PPFA, and each of its affiliates, should be deemed ‘affiliated’ due to their common management, and thereby disqualified from PPP loans based on their aggregated size of around 16,000 employees nationwide.”

Initially, $349 billion was distributed through the PPP but by April 16 the SBA was no longer accepting applications. A second round of $310 billion was approved by Congress later in April.

Planned Parenthood is not the first institution asked to return its PPP loan meant for small businesses and non-profits. The burger chain Shake Shack, listed on the New York Stock Exchange, returned its $10 million PPP loan in April. 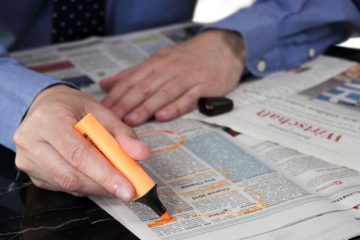