“During the hiring process, it became crystal clear to everyone involved that the right candidate was already in our building,” said Farfsing. “He has proven himself a tremendous leader during his time as AD. I’m thrilled for him to guide our football program.”

Dowdy will remain the school’s AD. He joined the Cavaliers athletic department in 2017 and became the full-time Athletic Director in 2019. Under his leadership, Purcell Marian announced its transition from the GCL to the Miami Valley Conference. The football program began MVC play in 2019.

“For me, this is an opportunity to mold young men and create leaders in our community,” said Dowdy. “We are going to build a program that our alums and Cavalier family can be proud of again.”

Dowdy played collegiately for the University of Cincinnati football team and was voted a team captain during his senior season in 2016. Dowdy appeared in 49 games as a tight end for the Bearcats, including three trips to bowl games. He caught 23 passes with five touchdown receptions during his career. The Bearcats won two conference titles during his time in Clifton, sharing the Big East championship in 2012 and the American championship in 2014.

During his time with the Bearcats, Dowdy’s offensive coordinators were current Cincinnati Bengals head coach Zac Taylor and current University of Kentucky offensive coordinator Eddie Gran. Butch Jones recruited him to play for UC him before Tommy Tuberville took over in 2013 and coached the team for the remainder of Dowdy’s time in college.

“I was able to learn from some great coaches while playing at UC. I watched how they adapted from game to game and put us in the best position to win. I’m excited to bring that experience to Purcell Marian,” said Dowdy.

Dowdy is a native of Akron, Ohio and a 2012 graduate of North High School. He earned his degree in sports administration from the University of Cincinnati in 2016. 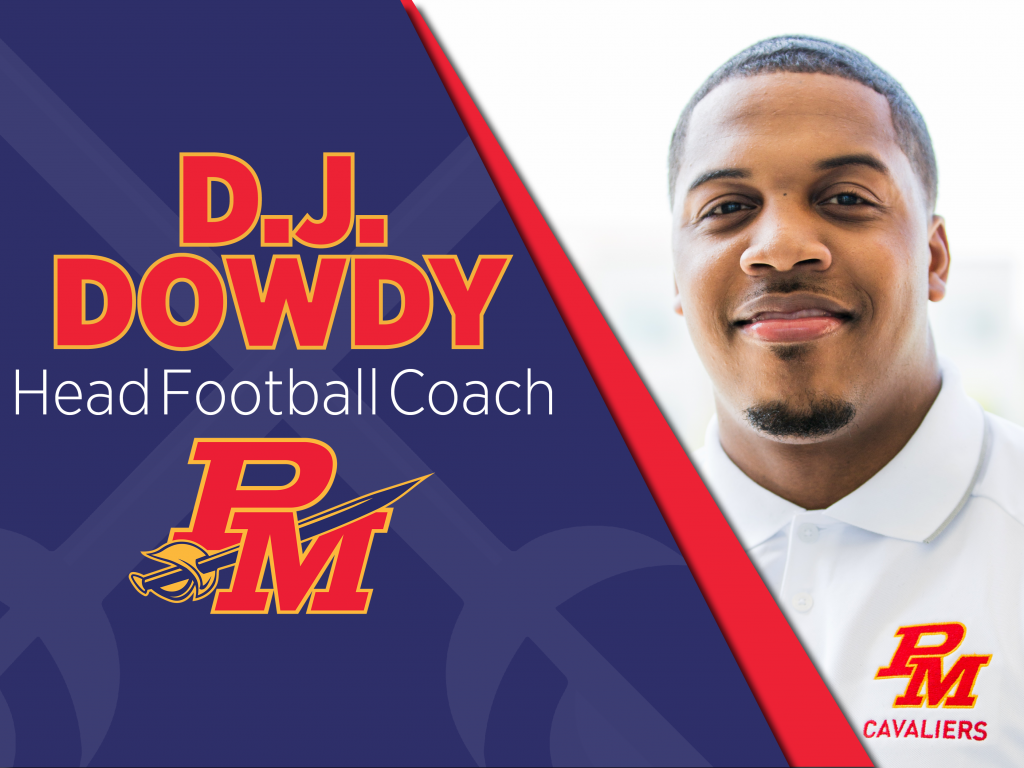 First annual Taste of the Shrine