COVINGTON, Ky. — The journey towards the permanent diaconate continued for candidates from the Archdiocese of Cincinnati and Diocese of Covington when they were installed as lectors during a Mass Feb. 13 at the Cathedral Basilica of the Assumption in Covington.

Bishop Roger J. Foys presided, joined by priests from the Cincinnati archdiocese and Diocese of Covington.

There are currently 23 men from the archdiocese in the deacon formation program. They were accepted as deacon candidates by Archbishop Dennis M. Schnurr during a ceremony on Dec. 5, 2010.  Having received the ministry of lector, the candidates are now called upon to spread the Gospel within the Christian community and bring its message to those who have not yet received it.

The deacon candidates will be ordained in April 2013. 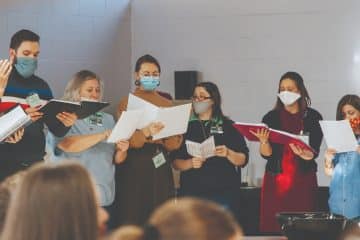