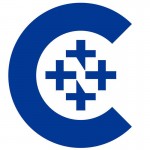 VATICAN CITY (CNS) — The director and the deputy director of the Vatican bank, which is being investigated by a special papal commission, resigned July 1.

A statement from the Vatican press office said Director Paolo Cipriani and Massimo Tulli, deputy director, offered their resignations “in the best interest of the institute and the Holy See.” The bank has been working to revamp a marred image of secrecy and scandal with greater transparency.

The resignations came two days after the arrest of Msgr. Nunzio Scarano, an accountant in the Administration of the Patrimony of the Holy See, the Vatican office that oversees Vatican property and investments. The administration is not part of the Vatican bank, although Msgr. Scarano — who is accused of fraud, corruption and slander — was believed to have at least one personal account at the bank, and Italian investigators claim they have wiretaps of him speaking to Tulli on several occasions.

Von Freyberg thanked Cipriani and Tulli for their service to the bank, formally known as the Institute for the Works of Religion, or IOR in Italian.

“Since 2010, the IOR and its management have been working hard to bring structures and processes in line with international standards for anti-money laundering,” he said. “While we are grateful for what has been achieved, it is clear today that we need new leadership to increase the pace of this transformation process. Our progress is in no small measure due to the continued support from the governing bodies of the Institute and its personnel.”

The Vatican said Rolando Marranci, formerly chief operating officer at a leading Italian bank in London, would serve as acting deputy director. It said Antonio Montaresi, who has served as chief risk and chief compliance officer with various banks in the United States, would serve in the newly created position as acting chief risk officer, overseeing compliance and special projects.

The resignations came five days after the Vatican announced that Pope Francis had established a five-member commission to review the mission and activities of the Vatican bank, including if and how it fits in with the universal mission of the church. The commission, which has already begun its work, is part of the pope’s larger efforts to reform the central offices of the church, said a June 26 Vatican statement.

Von Freyberg, a German industrialist, was appointed president of the bank in February. In May, he told reporters that he was surprised to find so few problems in the bank’s operations, which convinced him that the biggest problem the bank faces is its reputation.

The Institute for the Works of Religion has 19,000 customers — all of which are being reviewed — and makes a profit of 50 million-70 million euros ($65 million-$90 million) each year, he said. The institute’s annual operating cost is about 25 million euros. While the institute accepts the deposits of church personnel, religious orders and institutions, invests their money in conservative bonds, pays them interest and will transfer their funds to projects around the world, it does not lend money and so is not technically a bank.

Even as the Vatican rewrote its finance and money-handling laws to comply with European laws and international standards, rough relations with Italian regulators continued.

In 2010, Italian treasury police, in a money-laundering probe, seized 23 million euros (about $30 million) that the Vatican bank had deposited in a Rome bank account. The Vatican criticized the confiscation, saying the deposit was legitimate and that the Vatican bank was committed to “full transparency” in its operations. The Italians released the funds in 2011 after the Vatican’s new financial laws went into effect, but the Italian investigation is still open and includes questions about Cipriani’s role in transferring the money.

In May 2012, the Vatican bank’s board of lay supervisors fired Ettore Gotti Tedeschi as president of the IOR. Board members cited Gotti Tedeschi’s “failure to carry out basic duties” of the office, failure to remain informed of the bank’s activities, failure to attend meetings and inability “to provide any formal explanation for the dissemination of documents” last known to have been in his possession.

Rene Brulhart, the Swiss finance lawyer hired in September to monitor the legality and transparency of Vatican financial activity, told reporters in late May that the Vatican will further amend its finance-related laws in the coming months, increase screening of account holders at the Vatican bank and continue assessing the potential risk that accounts could be used for money laundering and the financing of terrorism.

The Vatican has “a very clear, strong commitment to fight money laundering and terrorism financing fully in line with its moral values, but also with its responsibility to become a credible partner in the international environment,” Brulhart said at a news conference.

A report by European finance experts released in July 2012 said the Vatican had passed its first major test in becoming more financially transparent and compliant with international norms. But the report by Moneyval — the Council of Europe’s Committee of Experts on the Evaluation of Anti-Money Laundering Measures and the Financing of Terrorism — said there were still critical loopholes that needed tightening. The Vatican’s next Moneyval report is expected in December. 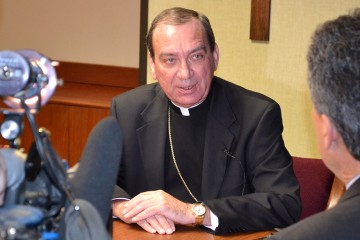