A Texas legislator has again proposed extending the waiting limit on no-fault divorce, a proposal that has drawn support from the Texas Catholic Conference.

The state Catholic conference told CNA April 27 that it supports the bill because it is “an incremental improvement in protecting the permanency of marriage in families with children.”

If H.B. 3190 becomes law, married couples seeking a no-fault divorce would have to wait six months if they have minor or school-age children or disabled adult children. “No-fault” divorces do not include cases in which domestic violence is involved.

In an April 26 Twitter post about the legislation, Bishop Mark Seitz of El Paso said it is “absurd” that “the greatest commitment that two human beings can make with one another is treated with less seriousness than the contract we sign for a car.”

“If only people would learn to fight for their marriage instead of fighting each other,” he said.

CNA sought further comment from Bishop Seitz but did not receive a response by deadline.

The bill was proposed by State Rep. Matt Krause, a Fort Worth Republican. He has proposed similar bills in previous sessions of the legislature. Texas currently has a 60-day waiting period for divorce.

“I think people have seen the negative effects of divorce and the breakdown of the family for a long time,” he added, saying he thought his bill would help reverse the trend.

In January 2017, a spokesperson for the Texas Catholic conference spoke to CNA about the effects of divorce law.

“No-fault divorce laws typically ease the divorce process, rather than encouraging spouses to seek spiritual guidance or professional counseling to enrich their marriage,” the spokesperson said.

“However, in situations of domestic abuse or violence, church personnel and services should be focused on providing safety and protection to those who are being abused or the victims of violence,” the spokesperson continued. “No one deserves to be hurt, especially by a supposed ‘loved one.’ Any laws that support marriage must also recognize the right for a person to be safe in his or her own home.”

How churches can respond to the COVID-19 mental health crisis

With joy and hope, growing Norbertine abbey to launch new community in Illinois 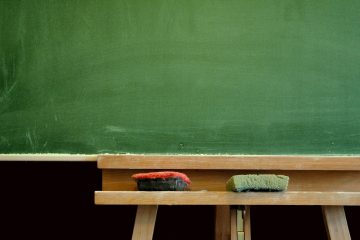