Father Jaki, who taught at Seton Hall University in South Orange, specialized in the history and philosophy of science. He earned doctorates in theology and physics.

He was awarded the Templeton Prize for Progress in Religion in 1987. He was cited for delineating “the importance of differences as well as similarities between science and religion, adding significant, balanced enlightenment to the field.”

The author of more than 40 books, Father Jaki had traveled to Spain from Rome, where he had lectured on his latest book at the Renaissance-era casina, or garden house, of Pope Pius IV, the headquarters of the Pontifical Academy of Sciences. Father Jaki had been an honorary member of the pontifical academy since 1990.

Father Jaki joined the Benedictines as a novice in 1942, professed his solemn vows in 1944 and was ordained a priest in 1948.

He was the last surviving co-founder, with six other Hungarian priests, of the Woodside Priory in California’s Portola Valley. He served there as bookkeeper from 1957 to 1960. He later left the jurisdiction of that priory when it merged with another in Manchester, N.H., but remained a Benedictine under the direct supervision of the archabbot in Pannonhalma, Hungary.

He taught widely throughout the United States and Europe, including posts at Yale and Harvard universities in the U.S., Oxford University in England, the Sorbonne in France and the Pontifical Gregorian University in Rome.

Father Jaki was deeply committed to the conjunction between faith and reason, arguing that the flourishing of science in Europe was intrinsically related to the Christian understanding of creation and the Incarnation.

He wrote widely on the history of science and religious questions, including a number of volumes on John Henry Newman. His books included The Relevance of Physics, Science and Creation, Chesterton: A Seer of Science, God and the Cosmologists and The Purpose of It All. His final book was Lectures in the Vatican Gardens.

Survivors include two brothers, both also Benedictine priests: Fathers Zeno and Theodose Jaki, both of whom reside at St. Martin’s Archabbey in Pannonhalma. – CNS 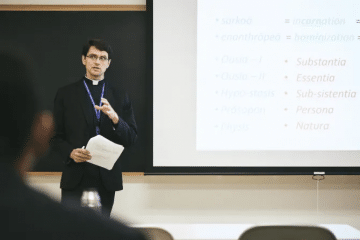