VATICAN CITY (CNS) — The complex process of examining bones and extracting DNA will be crucial in determining whether the remains in a small Vatican cemetery belong to Emanuela Orlandi, a young woman who disappeared in 1983, a Vatican-appointed forensic anthropologist said.

Andrea Tornielli, editorial director of the Dicastery for Communication, interviewed Giovanni Arcudi, the forensic anthropologist who will lead the scientific investigation of the remains in two tombs in the Vatican’s Teutonic Cemetery.

In the interview, published July 10, Arcudi emphasized the need for careful analysis of the remains in the tombs before knowing if they could provide answers to the Orlandi case, which has remained unsolved for more than three decades.

"Apart from the morphological examination of the bones, the DNA examination will be done in any case to reach certainties and to exclude in a definitive and categorical way that there is some evidence in the two tombs that can be attributed to poor Emanuela," Arcudi said.

A Vatican City resident and daughter of a Vatican employee, Orlandi disappeared in Rome June 22, 1983, when she was 15. For decades her case has been the obsession of conspiracy theorists who linked her disappearance to Freemasons, organized crime, the attempted assassination of St. John Paul II and other unsubstantiated theories.

The search for answers to the young girl’s disappearance took a surprising turn when a Vatican City State tribunal ordered the opening of the two tombs in the Teutonic Cemetery, a medieval cemetery now reserved mainly for German-speaking priests and members of religious orders.

According to the Vatican, the two tombs below a sculpture of an angel are the final resting places of Princess Sophie von Hohenlohe, who died in 1836, and Duchess Charlotte Frederica of Mecklenburg-Schwerin, the mother of King Frederick VII of Denmark, who died in 1840.

In March, the Orlandi family’s lawyer revealed the family had been sent a letter with a photo of an angel above a tomb in the Vatican cemetery. The letter said, "Look where the angel is pointing," according to Laura Sgro, the lawyer.

The Vatican agreed to open the tombs and said the process would begin July 11.

Arcudi told Vatican News that once the tombs are opened, the first phase will be to extract and clean the bones and piece together the skeletal remains to determine the number of deceased persons that were buried as well as their age and sex.

However, he said, the "state, quality and quantity of the remains that we will find" will determine how long the investigation will take.

"Let us remember that we are talking hypothetically, of course, about bones that are more than 150 years old," he said. "It is clear that — depending on the state in which they have been preserved — they may have suffered zero or significant deterioration. Much depends on the environmental conditions, on the microclimate in which they are found, on the humidity, on the presence of infiltrations, on possible reactions to microfauna," or microscopic organisms.

Once the remains are reconstructed and studied, the team can distinguish "if it is a 10-year-old bone or if it has been there for 50 years or 150 years," Arcudi added.

"After this first examination, we also could exclude the hypothesis that the skeletal remains belong to different people than the two who were buried there," he said.

If, however, remains belonging to a different person are found, the study of the individual’s teeth and, if possible, dental records would determine the deceased person’s age.

Even if the remains of only two people, presumably the princess and duchess, are found, Arcudi and his team will extract DNA samples for testing just to be certain.

For an accurate identification, he explained, "we need to extract the nuclear DNA, which can undergo degeneration and important changes as a result of atmospheric events."

"We can extract mitochondrial DNA more easily but it does not allow us to do a comparative analysis or to create a genetic profile," Arcudi said.

Nevertheless, Arcudi said that he and his team will follow all protocols and methods used in every forensic investigation, "regardless of the case’s importance and implication."

"This is what we do and will always do to achieve results that meet all the demands of the judicial investigation," he said. 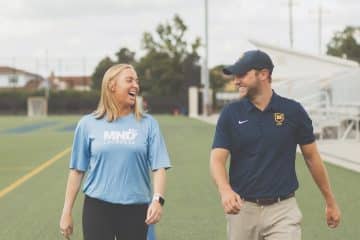