CINCINNATI, Ohio – Glenmary Father John Sebastian Rausch died Sunday, Feb. 9 at age 75. A missioner for 53 years, Father John was a staunch advocate for the people and environment of Appalachia and of Catholic social teaching.

He began his Glenmary career as associate pastor of Glenmary missions in Norton and St. Paul, Virginia, and later as pastor in St. Paul. Beginning in 1980, in response to the Appalachian Bishops’ pastoral letter “This Land is Home to Me,” Father John established himself as a regional worker doing human and economic ministry.

“Father John didn’t have a traditional assignment at a church, but viewed all of Appalachia as his parish,” said Father Dan Dorsey, Glenmary’s president.

Father John served with many institutions alongside his work in Glenmary including the Commission on Religion in Appalachia and the Appalachian Ministries Educational Resource Center. He was former director of the Catholic Committee of Appalachia and served for three years as summer faculty at the Coady Institute in Canada.

He had a passion for educating people about the economic and environmental realities of Appalachia. To do so he turned to all manner of media and opportunities including public speaking, Appalachian pilgrimages, and almost anything else to make his point.

“Father John’s mission ministry can be summarized in Pope Francis’ encyclical Laudato Si,” Father Dorsey said. “His passion for justice, love of nature and commitment to care for creation are the hallmarks of his missionary life.”

Father John was a talented writer as well. His writings appeared in a variety of publications, and he won 10 Catholic Press Association awards for his articles in Glenmary Challenge magazine. He was working on an autobiography for the University of Kentucky Press at the time of his death.

Reception of the body will take place Tuesday, February 18 at St. Matthias Catholic Church, 1050 W. Kemper Rd at 4:30 pm. Visitation will follow, and wake service will begin at 7 p.m.

Mass of Christian Burial will be 10 a.m. Wednesday, February 19 at St. Matthias, Cincinnati, Ohio. Father John will be interred at Gate of Heaven Cemetery. 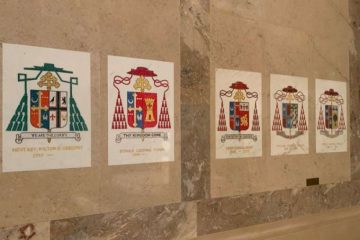