DAYTON, Ohio – After completing a thorough search process, Chaminade Julienne Catholic High School is pleased to announce Greg Mueller, who was named acting principal earlier this fall, has accepted the role of principal at CJ.

“I am humbled and honored to accept the position of principal at Chaminade Julienne Catholic High School,” said Mueller. “The rich tradition and living charisms of the Marianists and Sisters inspire me to continue the mission of Catholic education at the corner of Franklin and Ludlow streets.”

“He is clearly ready for this leadership opportunity,” said Dan Meixner ‘84, CJ President.

“Because of the strength of the education leadership team and the support of the teachers and staff for Greg, I have great confidence that he will be successful and can make wonderful contributions in this new role.”

Mueller, who earned his bachelor’s in education from the University of Dayton and master’s in education leadership from the University of Dayton, began his time at CJ serving as an English teacher. As leadership opportunities presented themselves, Mueller took on additional roles including coaching and later as assistant principal. When former principal John Marshall ‘86 announced he accepted the position of CJ’s director of development after the retirement of Jim Walworth, both Marshall and Mueller worked together for a seamless and successful transition.

Mueller and his wife, Shannon, are parents of Phillip (7), Lillian (5), and Penelope (1). They are supporters of Catholic education who send their two oldest children to Holy Angels school.

Founded in 1850, Chaminade Julienne Catholic High School provides an excellent Catholic educational experience that continues to seek and implement quality opportunities to meet the needs of today’s students. Students come to CJ from across the greater Dayton region, representing 46 zip codes and 79 schools, creating a community that is uniquely enriched. 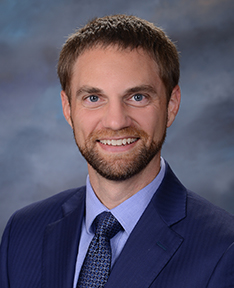