By Megan Walsh
For The Catholic Telegraph

A group of 11 adults from the Archdiocese of Cincinnati traveled to Nepal to witness why and how an American Catholic priest is serving the people of the Himalayan kingdom.

“My greatest joy in Nepal is being with the people of Nepal.” Maryknoll Missioner Father Joe Thaler said in an email interview. “Living and working and praying and studying and doing projects with them bring me joy.”

Roughly the size of Indiana, Nepal has a population of about 30 million people and that is with hundreds of thousands of Nepali men working in the Middle East where they can earn more in two years than they would earn in ten years in Nepal.

Reporter Megan Walsh accompanied the archdiocesan delegation for The Catholic Telegraph. Read her personal reflection on the experience HERE.

The Himalayan nation was already poor but tack on lack of job opportunities and resources plus the harrowing effects of the 11-year civil war and many Nepalese have been pushed into terrible suffering.

After having served in Nepal for 26 years, Father Thaler is well-known and Maryknoll Priests and Brothers is a trusted ally of the poor, the disabled, the elderly and the underprivileged.

The archdiocesan group, including Mission Office Director Michael Gable and five people affiliated with Maryknoll, toured the capital city of Kathmandu to see the projects that their friend, Father Thaler, has directly influenced.

Brick factory workers lead a life of suffering just to feed themselves. The workers are internally displaced Nepalese citizens who fled rural villages for safety in Kathmandu during the Nepali Civil War.

When the civil war ended in 2006, they had no home to return to and no income. Working at the brick factory is an attractive option when there is no fee to live on the property and employees can receive food and pay for it later.

Brick factory workers begin their day as early as 4 a.m. and labor for 12 to 14 hours. They suffer from chronic respiratory problems because it is difficult to keep dust, ash and smoke out of their lungs. After hours of work, these mothers, fathers and even children receive $3 to $5 a day.

“They can only afford two meals a day on that wage,” Care and Development Organization (CDO) Nepal founder Arati Basnet said. “If they do not work, they do not eat.”

Father Thaler admits that he observed these terrible situations and went to the workers first.

“Usually people come to me and I listen but in this case I went to the brick factory workers and asked what they needed and wanted,” he said. “Then I tried to find a likeminded person to help.”

For this project, Father Thaler recruited Basnet to help. Together with her husband Pradeep Singh, she founded CDO, a grassroots NGO.

Since 2005, CDO focuses on health issues, women’s empowerment, education and the improvement of overall livelihood of fellow Nepalese.

They organize health training sessions to educate brick factory workers about nutrition and hygiene techniques that promote healthier lifestyles. They counsel women on miscarriages and encourage them to not work right before or after delivering their baby.

Also, CDO now runs a Child Day Care Program to keep children safely away from brick factories. The day care center cared for 210 children once but most days there are between 180 and 190 children.

Maryknoll Fathers and Brothers Project of Nepal (MFBPN) has worked with the Nepali government since 1977 to improve the livelihood of Nepal’s poorest people. It is currently in a five-year agreement with the Social Welfare Council of Nepal to work with five local NGOs.

Along with CDO Nepal, MFBPN supports Disabled Welfare Association (DWA), Freed Kamaiya (bonded laborers) Upliftment Forum and Trans Himalayan Environment & Livelihood Program. A fifth NGO was discontinued because they were unable to fulfill their duties and responsibilities per the agreement.

One project under DWA is especially close to Father Thaler’s heart. The Maryknoll Sewing Training Program is a ministry that gives “differently-abled” persons the opportunity to learn the skill of sewing and is Father Thaler’s favorite place to visit during off-days.

“It is important to have a skill, some talent, no matter what it is,” General Secretary of the sewing program and friend of Father Thaler, Govinda said. “It is critical for life.”

HR2F reaches out to Tibetans who are unrecognized refugees in Nepal. Since 2008, the genial relationship refugees had with the government quickly deteriorated with pressure from China. Now, the Tibetan culture, religion, language, and idea to ‘Free Tibet’ are repressed.

With no legal documents and no refugee status, these outcasts cannot receive higher education or higher-paying jobs. Much like the brick factory workers, Tibetan refugees are trapped in a cycle of poverty with no exit except through a non-corrupt government.

Father Thaler is frustrated with the paperwork that needs to be completed to get anything moving and the number of government offices that need to be consulted. But that has not stopped him from serving the most downtrodden of Nepal.

The above article originally appeared in the May 2014 print edition of The Catholic Telegraph.

“Paddle” With Us On World Mission Sunday, October 18 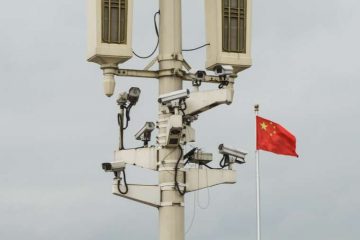