NEW YORK — Religious liberty is under aggressive assault on many fronts in a culture increasingly insensitive to rights guaranteed by the First Amendment to U.S. Constitution, according to speakers at a Sept. 15 forum in New York.

The program, “In the Founding Tradition,” was organized by the Alliance Defending Freedom and drew 100 people to the Union League Club in Manhattan.

Panelists detailed legal victories and ongoing challenges to religious freedom and expression. They said the framers of the Constitution and the country’s early leaders acknowledged that religious freedom is a natural right, not conferred by any state, and therefore not revocable by individuals or governments.

“An act of genius occurred in lower Manhattan’s Federal Hall in 1789 when James Madison and others hammered out language that became the First Amendment and the Bill of Rights, reinforcing the presumption of natural rights,” moderator Herb London said. He is the president of the London Center for Policy Research in New York.

Secularization of the culture has led to historical revisionism that diminishes the importance of religion as a founding element of the country, he said. There is a growing challenge from “those who wish to impose a secular agenda on all Americans in violation of the First Amendment,” London added.

Two examples are the federal contraceptive mandate, which exacts draconian fines for noncompliance, and attempts in New York to either bar public prayer or censor its content, London said.

The U.S. Department of Health and Human Services, as part of the Affordable Care Act, requires nearly all employers to cover contraceptives, sterilizations and some abortion-inducing drugs for employees in their company health plan. It includes a narrow exemption for some religious employers that fit certain criteria.

Many religious employers have sued over the mandate, and many continue to object to an option for nonexempt employers that allows them to have a third-party to provide the coverage.

Employers who do not adhere to the mandate are subject to fines of $100 per each beneficiary for each day of noncompliance.

Father George Rutler, pastor of the Church of St. Michael Church in Manhattan, said liberty must be distinguished from freedom. “Freedom is the use of liberty to do what is right,” he said.

Rutler said St. John Paul II identified the current crisis in a speech he made at the Eucharistic Congress in 1976. Rutler read then-Cardinal Karol Wojtlya’s words, “We are now standing in the face of the greatest historical confrontation humanity has ever experienced. I do not think that the wide circle of the American Society, or the whole wide circle of the Christian Community realize this fully.

Alan Sears, president of Alliance Defending Freedom in Scottsdale, Arizona, said those who seek to limit the liberty of others move beyond preventing or silencing dissent to “punishing, often drastically, non-favored, faith-based dissenters in the public square.”

He cited multiple examples of poor treatment of religious organizations that his group is challenging in court. One of the longest-running is a 20-year struggle to allow faith congregations in New York to rent public school space for weekend worship services. He said more than 50 congregations are meeting in some of the 1,200 otherwise-empty school buildings under the terms of an injunction, while the case wends through the legal system.

Sears said the HHS contraceptive mandate requires business-owning families to “violate their conscience by funding drugs that take innocent human life — or face massive, crippling fines that would be a death penalty for the company and threaten the employment of thousands of good men and women.”

He said the punishment for noncompliance is disproportionate to the penalty levied if the companies did not provide any health care at all.

Sears said religious freedom is “at the core of liberty. It’s a barometer measuring the vitality of free nations. When freedom, and in particular religious freedom, expands, all benefit. When liberty is limited, all suffer,” he said.

Seth Lipsky, founding editor of the New York Sun newspaper, said George Washington supported religious expression and recognized that liberty cannot be maintained without religion. Lipsky paraphrased Washington’s 1790 assurance to a Jewish congregation in Newport, Rhode Island, “The fact that you fear God will never be a cause to fear your government.”

William Mumma, president of the Beckett Fund for Religious Liberty, said people in the U.S. instinctively understand a balance must exist between restrictive policies and actual practices for the free exercise of religion to work.

As an example of a “really strange target,” he said federal grants long awarded to the U.S. Conference of Catholic Bishops’ Migration and Refugee Services for its highly regarded anti-trafficking programs were cut in 2011 because MRS would not provide or refer female trafficking victims for all reproductive health services including contraception and abortion.

David Cortman, senior counsel Alliance Defending Freedom, described ongoing court cases dealing with religious freedom. He said his organization’s work on behalf of various religious groups is helpful to everyone, because if the government gets to “pick and choose” what speech or exercise of religion is allowable, “we all lose.”

Advocates to be honored on Respect Life Sunday

Nuncio: World won't be more 'genuinely' human unless all work for peace 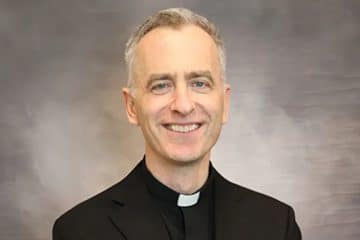