The most popular pilgrimages for Catholics range from the Holy Land to the Camino de Santiago. But, pilgrims should know, these faith-filled trips can also be as simple as walking to a local church.

“Choose a place to go, [it] can be as short as a block away,” Will Peterson, the founder of Modern Catholic Pilgrim, told EWTN News Nightly on Oct. 15. “I invite people to not make it too complicated.”

The mission of Peterson’s group is to deepen faith and build community in the U.S. through the longstanding Catholic tradition of making pilgrimages on foot. While many people think of traveling overseas for pilgrimages, they should also consider staying local, he said.

“There are places worthy of pilgrimage here,” he stressed. For Holy Week, he pointed to New Mexico as a pilgrimage destination.

“Chimayo is a great spiritual place in northern New Mexico where on Good Friday every year there’s like 30,000 people who make walked pilgrimage,” he said.

Another, called Wisconsin Way, begins outside Green Bay at the Shrine of Our Lady of Good Help, the only approved Marian apparition site in the country. Founded in 2013 by a local priest, Fr. Andrew Kurz, the trip is approximately 137 miles.

Pilgrimages, as defined by the Catechism of the Catholic Church, are an important part of the Catholic faith and “evoke our earthly journey toward heaven and are traditionally very special occasions for renewal and prayer.”

Catholics can begin their pilgrimages as soon as today. For the month of October, leading up to the Solemnity of All Saints on Nov. 1, Modern Catholic Pilgrim encourages Catholics to walk with the saints by praying for the intercession of a local parish patron saint as they walk to the church named after him or her.

“Then the next time you’re there for Mass on Sunday, it’s going to kind of change your experience because you’ve journeyed there as a holy space,” Peterson urged.

Peterson draws his inspiration from a trip to Rome eight years ago. That experience set him on fire spiritually, he said. Now, he hopes that his group will infuse an appreciation of pilgrimages in the U.S.

Making a pilgrimage on foot is a “very ancient tradition for Christians, but feels kind of contemporary and new [for the U.S.] because we don’t really have a culture of it,” he said. “So we’re excited to be part of that development of the culture.” 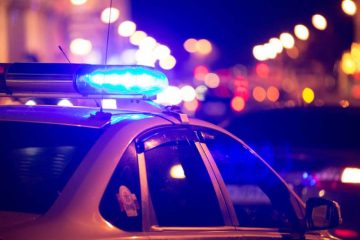