Historic cemetery inside Vatican walls is ‘little piece of paradise’

VATICAN CITY  — A small, inconspicuous cemetery inside the Vatican walls made headlines recently with the burial of a Belgian homeless man, Willy Herteleer.

“The pilgrims’ tomb” is a common grave, just a few yards from the tombs of bishops, royalty and intelligentsia. Herteleer is buried there, his name engraved on the tombstone of plot No. 106, along with five other pilgrims.

The Teutonic Cemetery, known officially as the “Camposanto of the Teutons and the Flemish,” lies in the shadow of St. Peter’s Basilica and on ground that was once part of the Circus of Nero, where early Christians were martyred. According to tradition, the cemetery chapel of Our Lady of Sorrows marks the spot where St. Peter was killed.

Pope Leo III gave the land to Charlemagne, who used it to build a hospice for pilgrims, a church, and a burial ground for German and Flemish-speaking pilgrims in Rome. For more than 1,200 years, this land has remained in the hands of the German people and its mission has remained intact. However, in 1876, the hospice was replaced by the Teutonic College, a residence for German priests studying in Rome.

“It’s a little piece of paradise,” said Paul Badde, a German journalist and a member of the Archconfraternity of Our Lady of Mercy, which is dedicated to the care of the cemetery and the adjoining Church of Our Lady of Mercy. “Here we have palm trees and orange trees, which you don’t find in Germany.”

The lush grounds include flowering plants, holly, aloe and cedars. Four life-size marble statues line one side. The 14 Stations of the Cross, made with majolica tiles, were installed in the last century.

German members of the Roman Curia had founded the confraternity in 1454, when the church and cemetery were in major disrepair. Today, the confraternity’s members include both German clerics and laymen.

Cardinal Kurt Koch, president of the Pontifical Council for Promoting Christian Unity, and Archbishop Georg Ganswein, prefect of the papal household, are current members, said Badde. Cardinal Koch celebrates Mass in the church every Thursday morning. Cardinal Joseph Ratzinger had celebrated that Mass, until he was elected pope, said Badde.

Badde said there is no real way of knowing how many people have been buried there over the centuries, as there are “many layers” of graves. The oldest tombstone is dated 1474 and honors a noblewoman named Maria.

The rectangular cemetery is divided into quadrants. Each quadrant consists of a raised plot of land, contained by sustaining walls about 5 feet high, for in-ground burials. Steps lead visitors up to those tombs. Others are buried beneath the gravel and stone paths; their plots are marked with slabs of engraved marble. A large bronze crucifix stands in the middle of the cemetery, where the paths intersect. “The pilgrims’ tomb” is situated beneath the path, along the wall of the church.

It was Badde who arranged for Herteleer to be buried there. The two became friends when Badde and his wife moved to Rome in 2002. Herteleer lived on the sidewalk, beneath the Badde family’s windows, and they spoke every day.

“I never knew his (last) name until he was dead. I mean, I called him Willy; he called me Paul,” he said. “I knew he had a family in Belgium and I never asked him why he left Belgium.”

Badde described Herteleer as “a noble, saintly person,” who “prayed a lot.” He would also offer Badde encouragement in difficult times.

Herteleer would never ask for anything, said Badde. But parishioners at the Vatican’s St. Anne Church, where he would attend daily Mass, would give him food, which he would share with other homeless people.

Badde said he believes it was providential that he became a member of the confraternity just four days before Herteleer died, Dec. 12.

“When I found out he died, I could just not imagine that he would disappear, as if he never existed here in Rome,” said Badde. “Then I realized he was Flemish and he was a pilgrim.”

Badde requested permission to bury him at the cemetery and the burial took place a month later.

The German journalist said Herteleer reminds him of St. Benedict Labre, who was also a homeless man in Rome and dedicated his life to helping others on the street.

The Teutonic Cemetery is open daily. Visitors must request permission to enter from the Swiss Guards stationed near the Congregation for the Doctrine of the Faith southwest of St. Peter’s Square. Once inside the gate, the entrance to the cemetery is to the left, past the doors to the Paul VI Hall.

Why many Catholic dioceses offer free interment of cremated remains

Historic cemetery inside Vatican walls is ‘little piece of paradise’ 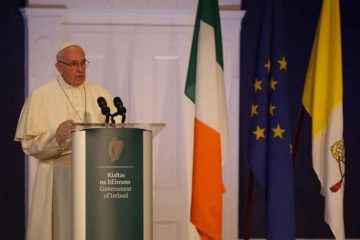