CATHEDRAL DEANERY — Holy-Cross Immaculata Parish, perched atop Mt. Adams and overlooking downtown Cincinnati, will spend 2010 celebrating its 150th anniversary as a parish. The theme of the celebration is “Honor Our Past, Cherish Our Present and Inspire Our Future.”

The celebration began last August and runs until December. The 16-month jubilee marks the time between two significant sesquicentennial anniversaries. On Aug. 21, 1859, the cornerstone for the Church of the Immaculate Conception was laid by Archbishop John Baptist Purcell; on Dec. 9, 1860, the church was dedicated with a special High Mass.

During the current 16th month period, Holy Cross-Immaculata will also celebrate its 40th anniversary as a combined parish. On March 15, 1970, the two parishes of Holy Cross (the Irish parish) and Immaculata (the German parish) were merged into one faith community. The merger will be celebrated with the feast of the Exaltation of the Holy Cross in September.

The first major event in 2010 is the social celebration “We Remember…” which will be held Feb. 6, from 6 – 10 p.m. at the Madison Event Center in Covington. The event is for the entire HCI community, including current and former parishioners, former students, priests and religious that have served the parish, Mt. Adams residents and other special guests.

Other upcoming events include the annual theft of the statue of St. Patrick by the Ancient Order of Hibernians on Feb. 14; the annual Good Friday pilgrimage and praying of the steps on April 2; and a reunion for all couples married at Holy Cross-Immaculata Church on April 25. All married couples will celebrate at special anniversary Mass at 11 a.m., followed by a social event in the parish center. The sesquicentennial Mass is scheduled for Dec. 12.

For more information on the parish and other upcoming events, visit www.hciparish.org.

NCEA shares in the great tradition of Praying the Steps in Mt. Adams 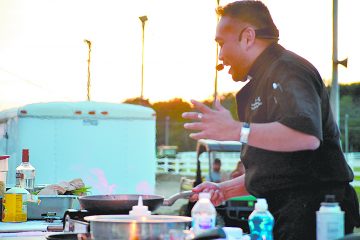