The staff of The Catholic Telegraph wishes to express our gratitude to the following Sisters of Mercy, Sisters of Notre Dame de Namur, & Sisters of Charity of Seton Hill celebrating jubilees in 2016 for their steadfast faith and dedicated service to the Archdiocese of Cincinnati.

Sister Marie is a former president of the Sisters of Mercy, Regional Community of Cincinnati.

She is a graduate of Mercy School of Nursing, Hamilton, and Our Lady of Cincinnati College with a bachelor of science degree in nursing. She earned a master’s degree in administration from the University of Notre Dame. She has served as a nurse, operating supervisor, administrator, vice president and president of several Mercy Health facilities.

Sister Marie has also served on multiple boards and was a corporate Mmember of Catholic Healthcare Partners (now Mercy Health) and is an Emeritus Board member. She is still active at Mercy Health, serving three days a week in the Ministry of Presence at the Michael D. Connelly Building in Bond Hill.
Sister Marie counts herself blessed to have spent 70 years as a Sister of Mercy, as well as almost 88 years in the Hartmann /Bruening family.

Sr. Carol Ann entered the Sisters of Mercy in Cincinnati on Sept. 8, 1966. In the course of her 30 years in education throughout the Archdiocese of Cincinnati, she taught in elementary schools for nine years and served in school administration for 21 years. She presently serves as a formation minister and coordinator for new membership ministry for the Sisters of Mercy South Central Community.

Sisters of Charity of Seton Hill

Born in Washington, D.C., Sister Cory was later raised in Pittsburgh.  From there, she entered the Sisters of Charity of Seton Hill, Greensburg, PA. Her ministry in Pennsylvania has included elementary and high school education, music consultant, and principalship.  In 1988-2004, she served as assistant superintendent in the Archdiocese of Cincinnati.  From 2004-2015, she was pastoral minister at St. Brigid Parish in Xenia. Since her retirement, Sister Cory has been volunteering at St. Vincent de Paul Gateway Shelter for Homeless Women and Children, is a hospital visitor with the Anam Cara program at Good Samaritan Hospital, Dayton, and is a team member with the Ignatian Spirituality Project.

Sister Jeanette DeBrosse (formerly Sister Mary Urban) served 30 years as a classroom teacher, 23 of which were at schools in the Archdiocese of Cincinnati.  They included Summit Country Day and Mount Notre Dame High School in Cincinnati, and Holy Angels in Dayton. She also served as primary and middle school teacher for 10 years in Columbus. Sister Jeanette then spent 25 years serving as administrative assistant, library assistant and tutor in the archdiocese.  She is currently serving in the ministry of prayer at Mount Notre Dame Health Center in Cincinnati.

Sister Rita Schirtzinger (formerly Sister St. Clement) served 36 years as a classroom teacher and principal, 27 of which were at schools in the Archdiocese of Cincinnati. They included St. James (Wyoming) and Sts. Peter and Paul in Cincinnati; St. Stephen in Hamilton; Holy Angels, Immaculate Conception and Holy Family in Dayton; St. Francis de Sales in Lebanon; and St. John in Logan. She then spent 15 years as tutor and finance assistant for the Alliance for Work-Based Education and GED tutor at St. Mary Center, both in Dayton.  Sister Rita is currently serving in the ministry of prayer and community service at Mount Notre Dame Health Center in Cincinnati.

Sister Rose Zuber (formerly Sister Ann Eugene) served 48 years as a staff and head nurse for the Sisters of Notre Dame de Namur at convents in Cincinnati and Dayton.  She continues to serve as a medical driver for the Mount Notre Dame Health Center in Cincinnati.

Sister Carol DeFiore (formerly Sister August Mary) served 17 years as a classroom teacher, 12 of which were at schools in the Archdiocese of Cincinnat,i including St. Paul, St. Richard Chichester and Corryville Catholic in Cincinnati; Immaculate Conception in Dayton; and Queen of Peace in Hamilton. She was novice director for three years before serving for 29 years in pastoral ministry and spiritual direction at Nativity, St. John the Evangelist, Our Lady of the Rosary, St. Bartholomew, St. Bernard (Winton Place), Holy Trinity and the Milford Retreat Center. Sister Carol is currently serving as a volunteer at Holy Trinity Parish in Norwood.

Sister Claire Foley (formerly Sister Mary Harold) served for 26 years as an educator and principal at schools in the archdiocese, including Mt. Notre Dame Academy, St. Susanna and Corryville Catholic in Cincinnati; and St. Agnes and Holy Family in Dayton. She also served three  years as assistant superintendent of schools in Dayton. Sister Claire then went on to serve her Sisters for 20 years in province leadership and community life, and for six years as director of associates. She is currently serving as a volunteer for the Sisters’ Clean Water Project.

Sister Ann Rene McConn served for five years at Project SNAP in Cincinnati before founding and serving 21 years as director of Cincinnati Housing Partners, a non-profit organization which helped lower income families qualify for affordable loans and purchase homes. She went on to serve two years at the Marianist Social Justice Collaborative before founding and serving four  years as director at Westwood Community Urban Development Corp.  Sister Ann Rene is currently engaged in the ministry of prayer and presence at Mount Notre Dame Health Center in Cincinnati.

Sister Joan Shields (formerly Sister Edmund Mary) has been an educator and principal for 39 years at schools in Ohio and Illinois, including the following schools in the Archdiocese: Our Lady of the Sacred Heart in Cincinnati, St. Helen in Dayton and St. Veronica in Hamilton. Since 1998, she has been serving as co-director of religious education at Our Lady of the Wayside Parish in Arlington Heights, IL, where she continues to serve.

Sister Barbara Mary Wilde served as a classroom teacher for 12 years at schools in the archdiocese, including St. George, Sts. Peter and Paul and Summit Country Day in Cincinnati; and Immaculate Conception and Julienne High School in Dayton She went on to serve for 14 years as pastoral and outreach minister at St. Agnes Parish in Dayton, then spent another 14 years as director of programming at Life Essentials, Inc. in Dayton. Sister Barbara Mary is currently serving in the ministry of prayer and community service at Mount Notre Dame Health Center in Cincinnati.

Sister Mary Ellen Dow served 15 years as an elementary and high school religion teacher at schools in Ohio and Illinois, including Chaminade Julienne High School in Dayton. She served the sisters for 12 years in vocation and formation ministry. In 1997, Sister Mary Ellen began her 17-year career in campus ministry at Merrimack College, Bridgewater State College and Trinity University in Washington, D.C. She is currently serving in the ministry of prayer and community service at Mount Notre Dame Health Center in Cincinnati.

Sister Judith Merkle spent 10 years as a primary and middle school teacher and principal at schools in the archdiocese, including St. George, Summit Country Day and St. Susanna in Cincinnati; St. James in Dayton and St. Mark in Lancaster. She went on to obtain her PhD in theology, and since 1985, has been teaching at the college level at Xavier University and the Athenaeum of Ohio/ Mt. St. Mary Seminary and in Cincinnati; St. Michael’s College in Toronto and Niagara University in Niagara, NY, where she continues to serve as a tenured professor in the religious studies department. 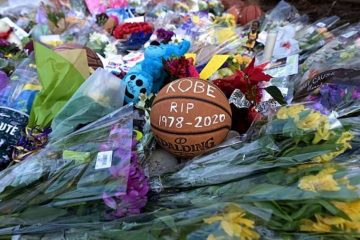