How one US archdiocese is revamping its marriage prep program

NEW ORLEANS, La. — Aiming to provide uniform spiritual and social support for engaged couples, the Archdiocese of New Orleans has made several changes to its marriage preparation process.

“It’s such a beautiful way for parishes to serve the people who are approaching marriage,” said Father Garrett O’Brien, a priest of the New Orleans archdiocese who headed the committee that recommended the changes.

He said marriage preparation communicates to engaged couples “that we care about your living the faith.”

“We care about your married vocation. This is a call from God and we want young people approaching marriage to realize that they are supported and embraced and that they have a family with which to live their God-given vocation,” Fr. O’Brien told CNA Oct. 26.

The archdiocese’s new guidelines are intended to provide a more consistent way for engaged couples to interact with their priest or deacon.

The guidelines call for at least two meetings between a priest or deacon and the engaged couple six to eight months before they marry. The archdiocese’s one-day program for the engaged has been expanded to two separate days so that the couple will have time to discuss what they have learned and heard.

The guidelines place a particular emphasis on the sacramental nature of marriage and aim to enhance the presentation of natural family planning. The guidelines were adopted July 26, the Feast of Saints Ann and Joachim, the Virgin Mary’s parents.

New Orleans Archbishop Gregory Aymond wanted a system that would “encourage people to plug in to their home parishes,” Fr. O’Brien said. The archdiocese hopes marriage preparation will help an engaged couple begin a relationship with the priest who will be serving them in the future. Marriage preparation is also a way to build relationships with parishioners who will support their married life.

“Marriage preparation is important because first of all it is a gift from God,” Fr. O’Brien said. Marriage is “something that Christ himself saw as fitting for the living out of the Christian vocation, the life of family, the life of husband and wife.”

Fr. O’Brien said that because God gave marriage as a sacrament, “it’s necessary to understand what kind of gift that is.” The priest also noted the modern context of broken homes and families who have struggled in a society with “confusion about what marriage is.”

“There are many ways to become confused and find yourself off-track not only about what marriage is in a general sense, but what God’s plan for marriage is,” he continued.

Marriage preparation is “an opportunity to go deeper” and to look more intently at what marriage is and why Catholics believe what they do about marriage “so we can not only live it but defend it,” Fr. O’Brien said.

The changes to the archdiocese’s marriage preparation followed a survey all of the parishes and priests to determine their present practices and their hopes for changes in the future.

Some parishes reported that they experienced engaged couples “shopping around” different churches to find marriage preparation policies that suit them best.

Since the new guidelines have been announced, the response has been generally positive, Fr. O’Brien reported.

Responses to the changes have stressed the need for a robust marriage preparation process that is “very sensitive” not to overburden engaged couples.

Let us meet Jesus, not just talk about Him

Programs aid those preparing for marriage

How one US archdiocese is revamping its marriage prep program 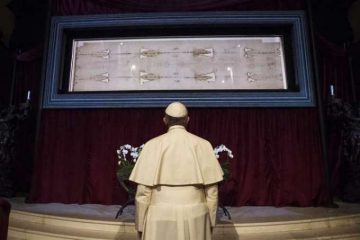