New York City, N.Y., Jan 13, 2021 / 01:49 pm MT (CNA).- Cardinal Timothy Dolan of New York has explained why Catholics are not ashamed of being ‘hung up’ on abortion, especially in the context of the upcoming Biden administration, in a Wednesday column.

Recalling a conversation with a politician who asked him, “why are you Catholics so hung up about abortion,” the Archbishop of New York explained in a Jan. 13 column at Catholic New York that “actually, we’re obsessed with the dignity of the human person and the sacredness of all human life! Yes, the innocent, helpless life of the baby in the womb, but also the life of the death row prisoner, the immigrant, the fragile elderly, the poor and the sick.”

“As a matter of fact,” Cardinal Dolan says, “this is not a uniquely ‘Catholic’ issue at all, but one of human rights. We didn’t learn that abortion was horrible in religion class, but in biology, and in our courses on the ‘inalienable rights’ tradition in American history.”

“How can we sustain a culture that recoils at violence, exclusion, suicide, racism, injustice, and callousness toward those in need, if we applaud, allow, pay for, and promote the destruction of the most helpless, the baby in the womb?”

Cardinal Dolan also writes that “pro-abortionists reassured us forty-eight years ago” that abortion would be kept safe, legal, and rare. “So much for the reassurances! We have hardly gotten used to it. Abortion remains the hottest issue in our politics, with polls showing that most Americans want restrictions on its unquestioned use, and do not want their taxes to pay for it.”

“We’re even more ‘hung up’ now, as our new president, whom we wish well, and who speaks with admirable sensitivity about protecting the rights of the weakest and most threatened, ran on a platform avidly supporting this gruesome capital punishment for innocent pre-born babies.”

“We’re all still cringing from the disturbing violence last week in Washington. This upheaval was made the more nauseating as it was seemingly encouraged by the one sworn to uphold the Constitution and the rule of law, and because it trashed the very edifice designed to be a sanctuary of safety, reason, civility, and decorum,” the Cardinal added.

He finally praised President-elect Joe Biden for “reminding us that the rampage we saw was not America,” and concluded by asking if we can hope “that violence will subside,” and that “the sacredness of all life and the dignity of the human person will be revived, and that the sanctuary of the womb will be off-limits to violent invasion.” 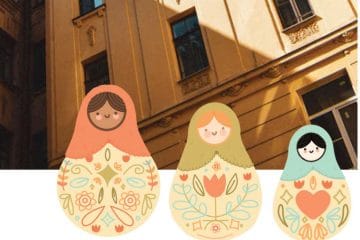