Ukraine’s President Volodymyr Zelenskyy has said that he spoke with Pope Francis over the phone on Friday and thanked the pope for his prayers and humanitarian support.

In a tweet posted on Aug. 12, Zelenskyy wrote that he had briefed the pope on Russia’s “horrible crimes” and aggression against Ukraine.

“Our people need support of world spiritual leaders who should convey to the world the truth about acts of horror committed by the aggressor,” the Ukrainian president said.

Andrii Yurash, Ukraine’s ambassador to the Holy See, reported that this is the third time that Pope Francis has spoken with Zelenskyy since Russia invaded Ukraine nearly six months ago.

The ambassador added that Ukraine would be happy to welcome the pope for an official visit to help with the peace process.

Pope Francis has repeatedly expressed his interest in a potential visit to the Ukrainian capital of Kyiv.

On his return flight from Canada, the pope reiterated his interest in traveling to the war-torn country. In July, the Ukrainian foreign ministry renewed its invitation for Pope Francis to visit.

“I said I would like to go to Ukraine. Let’s see now what I find when I get home,” the pope said in the in-flight press conference on July 30.

Pope Francis is scheduled to participate in September in the Congress of Leaders of World and Traditional Religions in Kazakhstan, where he could potentially meet with Russian Orthodox Patriarch Kirill of Moscow, who is expected to participate in the congress.

At the end of his Angelus address on Aug. 7, Pope Francis welcomed the departure of the first grain ships allowed to leave ports in Ukraine.

“This step demonstrates that it is possible to dialogue and to reach concrete results which benefit everyone,” the pope said.

“Therefore, this event also presents itself as a sign of hope, and I sincerely hope that, following this path, there can be an end to combat, and that a just and lasting peace might be reached.” 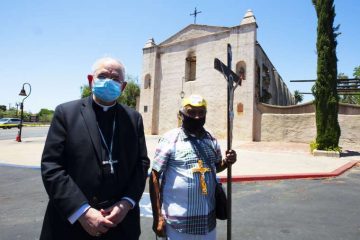