A Catholic organization says the Department of Justice is not doing enough to combat the recent incidents of vandalism at Catholic churches, and is calling for the department to beef up its investigation into the events.

“[In December] we alerted Attorney General Merrick Garland to the disturbing rash of attacks on Catholic symbols, shrines, statues and churches across the country and asked that the Department of Justice investigate,” said a Jan. 28 statement from Brian Burch, president of CatholicVote.

Burch was critical of what he believes to be the Biden administration’s priorities, including “investigating parents who simply want a say in their children’s education.”

“This raises serious concerns about the administration’s commitment to protecting the first amendment rights of all people of faith,” he said, noting that earlier in the week, a grotto at a parish in Northern Virginia was vandalized.

“We again call on the Department of Justice to investigate these hate-filled attacks which appear driven by animosity directed specifically at Catholics,” he said.

In a response to Burch’s letter, Assistant Attorney General Vanita Gupta said that Attorney General Merrick Garland had “ordered a 15-day review to ensure that all appropriate resources are being deployed to protect houses of worship.”

“We share your concern with and commitment to preventing and addressing acts of vandalism, property destruction, and other incidents that target religious symbols, shrines, statues, or churches,” said Gupta. “The Department is taking numerous steps to address such violence, consistent with our commitment to combat unlawful acts of hate in all their forms.”

The results of this review were not made available.

The Diocese of Arlington had no updates regarding the ongoing investigation into the vandalism at Nativity Catholic Church in Burke, Virginia.

On Jan. 25, the parish’s grotto was vandalized beyond repair. The grotto featured a statute of Our Lady of Fatima speaking to the three child visionaries.

In a Jan. 26 letter to his parish, Father Bob Cilinski said he was “so saddened” when the vandalism was discovered.

“The police were notified and came out to document the vandalism and begin their investigation.  Unfortunately, the statues damaged are not repairable,” said Cilinski. “The statues will be removed and we will work to replace them.”

Cilinski encouraged his flock to “be people of peace who value and respect one another,” and to pray for the person who vandalized the grotto. He described the grotto as “a place of prayer, peace, and healing.”

According to the United States Conference of Catholic Bishops, over 120 acts of vandalism at Catholic churches or to Catholic symbols, statues, and shrines have occurred since May 2020. 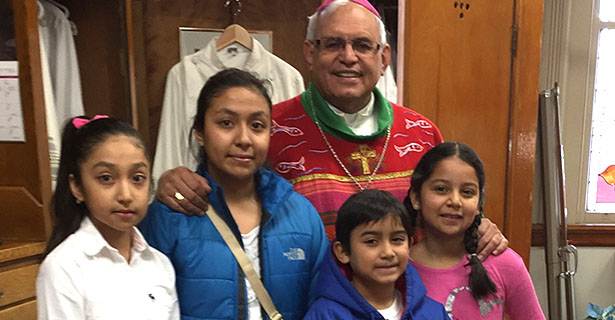