Two Catholic schools in the archdiocese were among those from throughout the country to be named 2018 National Blue Ribbon Schools. The announcement was made Oct. 1 by U.S. Secretary of Education Betsy DeVos. The award was established in 1982 to recognize public and nonpublic elementary, middle, and high schools where students perform at very high levels or where significant improvements are being made in students’ academic achievement. The National Blue Ribbon School award is considered the highest honor an American school can achieve.

Students, faculty and staff from Mother Teresa Catholic Elementary School (MTCES) in Liberty Township and St. Andrew- St. Elizabeth Ann Seton School (SASEAS) in Milford celebrated the news in a variety of ways. MTCES held a special prayer service in thanksgiving for the honor and representatives from St. John the Evangelist Parish in West Chester served ice cream to the student body. Bishop Joseph R. Binzer presided at an all-school Mass for SASEAS.

National Blue Ribbon Schools are on education’s cutting edge, pioneering innovative educational practices from professional learning communities and project-based learning to social and emotional learning and positive behavior systems. After achieving scores in the top 15 percent in the nation in reading (or English language arts) and mathematics as measured by a nationally normed tests, both schools completed an extensive application process, and were then nominated by the Council for American Private Education (CAPE) to the Department of Education.

MTCES opened in 1998 to 20 kindergartners and now serves 535 students at its 25-acre campus. “While MTCES has had many notable achievements in its short existence, the 2018 National Blue Ribbon Award is recognition of tireless effort from faculty, staff, students, and parents since the beginning,” said MTCES Board Chairperson Brian James. “Not bad for an independent school that just two decades ago consisted of only 20 kindergartners and a teacher in a church basement! On behalf of the MTCES board of trustees both past and present, congratulations and a sincere thank you to those groups for all you have done to make it happen.”

Precious Blood Sister Anne Schulz, who has led MTCES as principal for 20 years, said, “What an honor for the MTCES family. It takes a whole village to raise a child, and it takes a whole community to have a successful school. MTCES has worked so hard to keep its standards high and earn the Blue Ribbon Award.”

SASEAS Catholic School has been serving Milford, Miami Township, and surrounding communities for 60 years. Nearly 400 students from 250 families are currently enrolled in preschool through eighth grade. Preschool through fifth grade students attend classes at the St. Elizabeth Ann Seton campus, and grades six through eight attend the St. Andrew campus. In 2017, one- third of eighth-grade students scored above the 90th percentile on the High School Placement Test, and the group composite bested the national average by 28 percentage points. In the quest for continuous improvement, the school has implemented new math, science, and social studies programs the past three years.

Students are encouraged to think critically, practice problem-solving skills, and become lifelong learners. Principal Mark Wilburn said, “This tremendous honor confirms what we have known for many years. SASEAS Catholic School has blue ribbon students from blue ribbon families, being taught by blue ribbon teachers, in a blue ribbon community of supporters. We are so proud of our students’ success and appreciate the incredible team effort that made this national award possible.

Representatives from both schools attended the two-day awards ceremony in early November in Washington D.C.

Announcing The 2019 Speaker Lineup for the Cincinnati Men's Conference 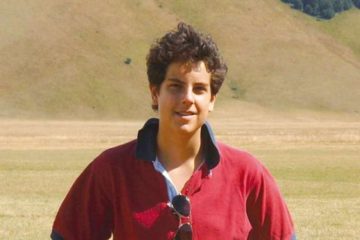