ST. MARGARET MARY DEANERY — Parents and students recently attended a presentation about the dangers and consequences of sexting — the practice of sending sexually explicit images or messages electronically, primarily via cell phones.

David Ausdenmoore, a Cincinnati police officer with the Hamilton County Regional Computer Crimes Unit, led the discussion, which took place on May 6 at McAuley High School.

Peggy Hock, McAuley’s school nurse, began the program with a video clip about sexting that involved teenager Jessica Logan, who hanged herself last summer. Logan committed suicide as a result of taunts and insults from other students after sexting a photo of herself to her former boyfriend. Logan’s nude photos were circulated to family members, friends and other teenagers’ cell phones throughout Greater Cincinnati. Logan’s story has received national attention as her parents and local lawmakers continue to share the dangers of sexting.

“I really feel sorry for Jessie’s mom, who’ll Google Jessie’s name 10 years from now and finds her nude pictures,” said Ausdenmoore, who was the lead detective on Logan’s case.

Ausdenmoore led the discussion by asking parents and teenagers why they need cell phones. Many responded with the need to have one in the event of an emergency when a phone isn’t readily available.

“There’s no good answer (for having a cell phone),” Ausdenmoore told the audience. “The police will stop (to assist you in an emergency).”

Ausdenmoore questioned the necessity of being able to send a text message. He mentioned his investigation of a teenage girl who made arrangements to meet a man. The conversation took place via text message, because the girl said she wasn’t allowed to talk on the phone at 2 a.m.

“I know it’s cool,” Ausdenmoore said. “You never know who you’re really talking to. Parents, you can turn texting off or you can reconfigure when text messaging is permitted.”

While lawmakers continue to catch up with the technology and crack down on child pornography and other crimes against children including cyber bullying via computers and cell phones, Ausdenmoore said it’s up to parents to protect their children. He emphasized that just because the latest technology is available, that doesn’t mean children should have it. If, however, parents allow their children to have cell phones, they must be taught how to use them responsibly.

Ausdenmoore reminded the audience to think about their digital footprint and to remember a person’s web page on social media sites such as Facebook and MySpace can be permanent and accessible for anyone to see regardless of a required password to gain entry because of hackers.

“Kids make judgments on what they know to be true. Parents, we teach them, we educate them and give them a sense of right and wrong and a sense of relationship. MySpace and Facebook are all vulnerable and designed to be accessed by computers,” Ausdenmoore said.

Ausdenmoore encouraged parents to review their child’s social media web page and cell phone at least once a week to become familiar with their son’s or daughter’s activity.

For more information about how to monitor your child’s activity on their computer or cell phone, visit http://www.anaturalplace.com/netsafety/.

An end and a beginning at McAuley HS 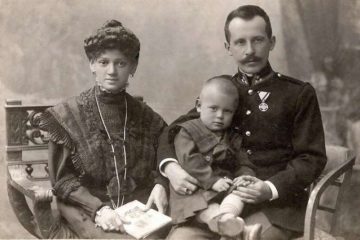