CNA Staff, Aug 6, 2020 / 04:09 am MT (CNA).- Pope Francis has accepted the early resignation of Bishop John LeVoir, who has led the Minnesota diocese of New Ulm since 2008, and took a leave from his position last month to be assessed for physical and psychological concerns.

“I applaud Bishop LeVoir for recognizing his health concerns and making the request for early retirement. I thank him for his devoted leadership during his tenure as the shepherd of our diocese,” Msgr. Douglas Grams, Levoir’s vicar general in the diocese, said in an Aug. 6 press release.

LeVoir was not expected to retire until at least February 2021, seven months from now, when he will turn 75, the age at which bishops customarily submit letters of resignation to the pope. But the diocese said the bishop has been seeking treatment and assessment at a facility in Alma, Michigan, and will remain at the facility until September to begin a “therapy plan.”

The diocese did not specify what conditions afflict the bishop, who said Aug. 6 “it has been a privilege to have served the faithful of the Diocese of New Ulm.”

“As bishop, it has not only been a great honor, but an enriching experience as I have come to know many people throughout this local Church. I have been impressed by their love for Jesus Christ, their willingness to share their Catholic faith, and their concern for the less fortunate. It would not have been possible to serve as their shepherd without their continued support, cooperation, and prayers,” LeVoir added.

LeVoir, a native of Minneapolis, was ordained a priest in 1981 and was appointed bishop of New Ulm, a town southwest of the Twin Cities, in 2008. With a population under 14,000, New Ulm is believed to be the third-smallest diocesan see in the United States, behind Baker City, Oregon and Crookston, Minnesota, which each have fewer than 10,000 people.

The diocese has 35 priests in active ministry and 7 seminarians, who serve 50,000 Catholics in 60 parishes.

In June, LeVoir acknowledged that the diocese is facing financial difficulties.

The diocese declared bankruptcy in March 2017, after several lawsuits were filed against it pertaining to the sexual abuse of clergy. To date, five Minnesota dioceses have filed bankruptcy; in the state only the Crookston diocese has not yet done so.

LeVoir, who is a Certified Public Accountant and taught accounting at the University of Minnesota before becoming a priest, led the New Ulm diocese through its bankruptcy proceeding.

In his June column, written shortly before he went for treatment, LeVoir wrote that while the diocese had come out of bankruptcy in March, it had not “finished with the healing and welcoming that it needs to do with regards to survivors and the lives of all those whom this great tragedy has touched. We are committed to doing what we can to help those harmed as minors by clergy sexual abuse.”

“To navigate the challenges that we all face, we need Jesus Christ. Please pray and do whatever you can to help by putting Catholic social teaching into practice.”

The college of consultors, a group of senior priests in the New Ulm diocese, is expected to elect a temporary diocesan administrator in the days to come. There is no set timeline for the appointment of a new bishop.

Vatican: Baptisms administered 'in name of the community' are invalid

Shine On: How do you get started? 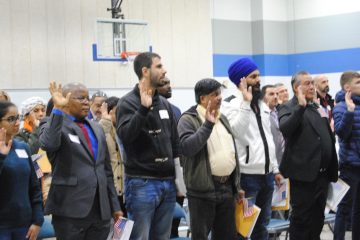