Not all issues have the same moral weight

Note: This letter appeared in the Cincinnati Enquirer’s Letter to the Editor on October 27, 2016 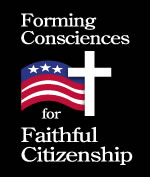 She writes: “This election can’t be about a single issue, it cannot just be about protecting the unborn, but also about protecting immigrants, Muslims, women, children and people in poverty.” She is indeed correct that Catholics cannot be single issue voters.  We must examine candidates’ positions on critical concerns affecting human life, dignity, and care for creation.

However, not all issues have the same moral weight.  The Catholic Church teaches that the direct destruction of innocent human life is not just one issue among many.  In the summary of their non-partisan teaching document on “Forming Consciences for Faithful Citizenship,” the Catholic bishops of the United States state, “As Catholics we are not single-issue voters. A candidate’s position on a single issue is not sufficient to guarantee a vot­er’s support. Yet a candidate’s position on a single issue that involves an intrinsic evil, such as support for legal abortion or the promotion of racism, may legitimately lead a voter to dis­qualify a candidate from receiving support.”

The bishops go on to note, “These decisions should take into account a candidate’s commitments, character, integrity, and ability to influence a given issue,” guidance which should be applied to all candidates of all parties.

Dan Andriacco is the Communications Director of the Archdiocese of Cincinnati

For Carolyn Woo, the next step is 'refirement,' not retirement

Not all issues have the same moral weight