Sr. Mary Bertha Berling, CDP died peacefully at Holy Family Home on August 30, 2021. She was a professed member of the Congregation of Divine Providence for 77 years. Born Alma Elizabeth in Covington, Kentucky in 1926 to Frederick and Bertha Berling, she entered the convent at the age of thirteen and made her first profession of vows in 1944. She professed final vows in 1949.

In 1945 Sr. Bertha began a twenty-year-long teaching ministry that saw her serve at six elementary schools in Kentucky before becoming an educational consultant for the Diocese of Covington in 1965. Appointed Director of Novices for the Province in 1968, she served in this capacity for five years before becoming the Administrator of Holy Family Home, Melbourne, KY in 1980.

An elementary school teacher at Our Lady of Visitation in Cincinnati from 1986-1987, many Cincinnatians came to know Sr. Bertha’s warm welcome and caring, prayerful presence when they met her during her time as Director of Moye Center (1987-1993), the Congregation’s retreat house in Melbourne, KY. Elected to the Provincial Council in 1989, she served as Vicar for the province until 1994, after which she ministered at several parishes in the Archdiocese of Cincinnati. Sr. Bertha served in pastoral ministry at St. Ignatius Loyola in Monfort Heights (1998-2006) and St. James of the Valley (1998-2000); as director of religious education for St. Charles/St. Aloysius (1995-1998); and as pastoral associate at St. Mary, Arnheim (1993-1995). After leaving St. Ignatius and until 2013, she directed the pastoral care of the Sisters living at Holy Family Home in Melbourne, KY. When her physical condition necessitated her move to the Health Care Center at Holy Family in 2015, she remained fully dedicated to ministry, offering her prayers and trials for the many needs of the world and for all who asked for prayer.

She will be missed by her religious community, the Sisters of Divine Providence; her sisters Mary Scheitz, and Marge Mader; her brother Jim; and her many nieces and nephews who visited her faithfully. Her sisters Ruth Reeves and LaVern Groeschen, and her brothers Fred, Paul and Bob preceded her in death.

A private Mass of Christian Burial was celebrated in the Immaculate Conception Chapel, Holy Family Home, Melbourne on September 2. Her burial was in the convent cemetery following Mass. A public celebration of her life will take place at a future date. Memorials to the Congregation of Divine Providence, 5300 Saint Anne Drive, Melbourne, KY 41059. 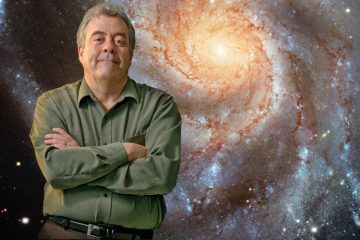