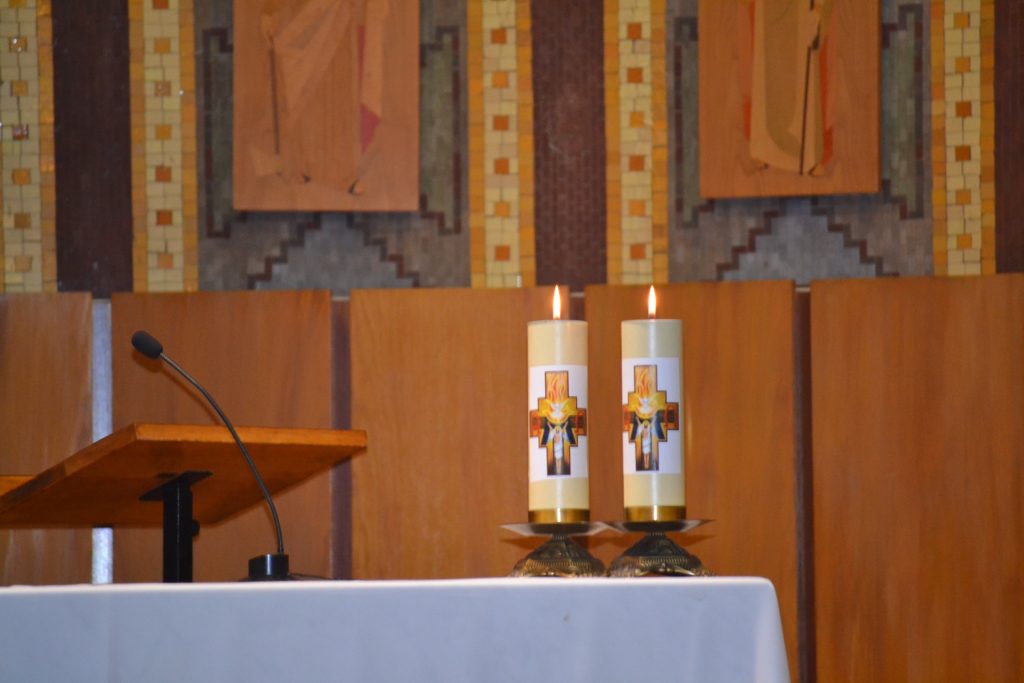 A native of Sidney, Sister Rose Virginia taught at St. Raphael in Springfield and Seton High School in the Archdiocese of Cincinnati. She began a new ministry in hospital laboratory work in 1957, serving in Colorado Springs and at Good Samaritan Hospital in Cincinnati. She was also a strong supporter of the Sisters of Charity Associate Program from the start.
Sister Rose Virginia is survived by her sisters, Rosemary Karaus and Ruth Kern. Interment was in the Sisters of Charity cemetery.

A Memorial Mass for Sister of Charity of Cincinnati Ruth Kuhn was celebrated Oct. 6 in the motherhouse chapel.

A native of Dayton, Sister Ruth taught at Catholic Central and St. Joseph Commercial in Dayton in the Archdiocese of Cincinnati. She went on to become program coordinator of mission effectiveness and education for Sisters of Charity Health Care Systems, Inc. (now Catholic Health Initiatives), followed by serving as residency coordinator and marketing assistant at Bayley. In 1997, she became a team member and secretary for the Intercommunity Justice and Peace Center in Cincinnati. From 2001 until 2013, Sister Ruth ministered as coordinator of Region VI Coalition for Responsible Investment in Cincinnati, a faith-based organization that focuses on problems of social justice.

A native of Columbus, she taught at schools in Hamilton, Dayton, Columbus, Detroit. She also served as a finance assistance in the Ohio and Boston province offices. In addition, Sister Bernadette was very active at Good Shepherd Parish in Montgomery.

Sister Bernadette is survived by her sister, Patti Wolff, and her brother, Daniel. Interment was in the convent cemetery.

A native of Chicago, Sister Mary Ellen taught at elementary and secondary schools in Chicago and Dayton. She also served in vocation and formation ministry. She went on to become the campus minister at Bridgewater State College and Merrimack College in Massachusetts and Trinity Washington University in Washington, D.C.

She is survived by her sister, Cathy A. Dow-Royer. Interment was in the convent cemetery.