ARCHDIOCESE — Eight members of the Sisters of St. Francis, Oldenburg, Ind., with ties to the Archdiocese of Cincinnati are celebrating their golden jubilees in 2010.

Sister Julia Biehle: A native of Cincinnati, Sister Julia (formerly Sister Mary Anna) taught at St. Joseph and St. Catharine of Siena schools, both in the Cincinnati area. She also taught in Indiana and Missouri and, from 1983 to 1996, served in Papua New Guinea. Sister Julia is currently serving at the Tri Health-Senior Link in Norwood.

Sister Christine Doerger: A native of Cincinnati, Sister Christine taught at St. Ann in Hamilton; St. Aloysius Gonzaga in Bridgetown; Sacred Heart in Fairfield; and also at schools in Indiana. From 1990 to 2001 Sister Christine was media secretary for the archdiocesan Office of Religious Education, followed by five years as resident manager for the Sem Terrace retirement community in Milford. Since 2005 Sister Christine has served as a wellness assistant at St. Leonard Senior Living Community in Centerville.

Sister Donna Eggering: Sister Donna taught at the former Our Lady of Perpetual Help and St. Leo schools, both within the Cincinnati area, and also in Indiana and Missouri. Sister Donna is currently pastoral administrator at Immaculate Conception Parish in Brookfield, Mo.

Sister Susanna Helmes: A native of Cincinnati, Sister Susanna taught at St. Peter School in Chillicothe. Sister Susanna spent the next 27 years in Papua New Guinea, from 1971 to 1998. There she was teacher/principal and assistant treasurer for the diocese. In 1999 Sister returned to the United States and to the Oldenburg motherhouse taking up the position, which she currently holds, as payroll manager for the Franciscan community.

Sister Damien Hinderer: A native of Cincinnati, Sister Damien ministered as teacher/principal at Our Lady of Mercy in Dayton; Corpus Christi in Cincinnati; and Sacred Heart in Fairfield. She also taught in Missouri and Indiana and ministered as a nurse’s aide at the Oldenburg motherhouse. Since 1980 Sister Damien has served the Franciscan community as manager of data processing and computer technology, in addition to working in the mail room.

Sister Olga Wittekind: A native of Cincinnati, Sister Olga taught in Missouri and, from 1972 to 2000, was professor in the psychology department at Marian University in Indianapolis. From 2000 to 2006 she served on the leadership team for her community. Sister Olga is currently director of the Oldenburg Franciscan Retreat Center and mentor to Magnificat Discernment House at Marian University. 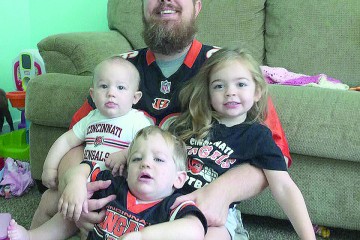