Pittsburgh, Pa., Dec 16, 2019 / 01:42 pm (CNA).- The Diocese of Pittsburgh has announced that next month 26 existing parishes will be merged into eight new parishes as part of the “On Mission for the Church Alive!” strategic planning initiative.

“For more than a year, you have journeyed together on a road that is intended to unite you on the mission to bring the Good News of Jesus to your neighbors and to strengthen all of you in faith,” Bishop David Zubik of Pittsburgh wrote in a letter read at Sunday Masses at the affected parishes this weekend.

“This has not been a simple task. Jesus never promised that it would be easy to carry his message of love and mercy to others. He was clear that sacrifice would be necessary. However, you are positioning your new parish for more effective ministry by addressing financial needs, sharing resources and allowing your clergy to focus on the spiritual work for which they were ordained,” he stated.

The mergers will take place Jan. 6, 2020, and will reduce the number of parishes in the diocese from 170 to 152. The affected parishes are in Pittsburgh, elsewhere in Allegheny County, and in Washington County.

The diocese’s strategic planning initiative began in 2015 in part as a response to declining Mass attendance, the financial struggles of some parishes, and fewer priests. From 188 parishes at the beginning of the process, the diocese plans to end with 57.

The situation was exacerbated by the 2018 Pennsylvania grand jury report, which detailed sexual abuse allegations in six of Pennsylvania’s eight Latin-rite dioceses, including Pittsburgh. Earlier this year, CBS Pittsburgh reported that since the report’s release, Mass attendance had dropped 9% and offertory donations declined 11%.

According to the diocese, no buildings will be closed immediately upon the mergers, and “decisions bout which buildings the new parishes use will occur later, after consultation among the faithful of those parishes.”

The local Church added that the mergers were requested by the groupings’ administrators “after extensive consultation with parishioners,” and that the priest council and vicars general consented to the requests.

“On Mission for the Church Alive!” is “designed to help parishes mobilize their resources to prioritize mission over maintenance. Its goal is to help Catholics have a deeper relationship with Jesus and empower them to reach out to others with His love and mercy,” the dicoese stated.

Bishop Zubik noted that “southwestern Pennsylvania is radically different than it was 100, 50, 20, even 10 years ago, yet the work of the Church and our call from God to bring His love to everyone continues as strong as ever.”

Msgr. Ronald Lengwin, vicar for Church relations for the diocese, told CNA in July that ten years ago, some 187,000 people attended Mass in the diocese each Sunday. By 2018, that number had dropped to about 120,000 – a decline of more than 30%.

Brandon McGinley, a Catholic writer and editor who lives in south Pittsurgh, recently wrote in Plough Quarterly that his “was once one of the most dynamic Catholic neighborhoods in a city of Catholic neighborhoods. Its parish … was the largest parish with the largest school in the diocese. Now, although Pew hasn’t done a study on us, it would be fair to assume that ‘lapsed Catholic’ is the commonest religious identity among our neighbors.”

The abuse scandal has intensified problems that were already present for the local Church, including parishes that had been borrowing from the diocese to pay insurance premiums, creating an unstable financial situation.

Another wave of parish mergers under “On Mission for the Church Alive!” was announced in May, with five new parishes created. Five former parish churches were designated as shrines. And in 2016, four parishes in south Pittsburgh were merged into one.

The Pittsburgh diocese last went through a major restructuring during 1992-94, when the diocese shrank from 333 parishes to 218.

Update: Pope lifts secrecy obligation for those who report having been abused

Diocese of Pittsburgh announces its third round of parish mergers

How to pregame Lent: Septuagesima, Carnival, and Shrovetide 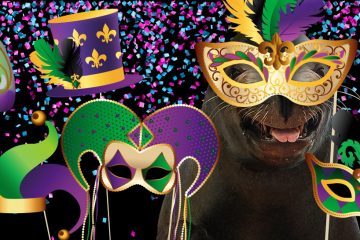