In an apostolic letter given “motu proprio” (on his own initiative) and published by the Vatican Aug. 31, the pope said the new “Dicastery for Promoting Integral Human Development” will merge the pontifical councils for Justice and Peace, Cor Unum, Migrants and Travelers, and Health Care Ministry.

The pope named Cardinal Peter Turkson, current president of the Pontifical Council for Justice and Peace, to serve as prefect of the new office, which will begin functioning Jan. 1.

In his letter signed Aug. 17, the pope said, “This dicastery will be competent particularly in issues regarding migrants, those in need, the sick, the excluded and marginalized, the imprisoned and the unemployed, as well as victims of armed conflict, natural disasters, and all forms of slavery and torture.”

According to the new statutes, the prefect will be assisted by a secretary and “at least one undersecretary.” Laypeople can be chosen for either role.

While Cardinal Turkson will lead the new office, a section dedicated to refugees and migrants will be led “ad tempus” (for the time being) directly by the pope, who will “exercise it in the manner he deems appropriate,” the statutes state.

The new dicastery’s responsibilities include gathering news and information regarding areas of justice and peace and the protection of human rights, particularly in areas where people are plagued by violence, migration, slavery, torture and exploitation, the Vatican said.

The new office will work to “deepen the social doctrine of the church and ensure that it is widely known and put into practice and that social, economic and political relationships will be increasingly permeated by the spirit of the Gospel,” the press statement said.

Ensuring that local churches offer appropriate material and spiritual assistance to the sick, migrants, refugees and itinerant people also is part of the new office’s mandate.

The Dicastery for Promoting Integrating Human Development will have separate commissions for charity, ecology and health workers and will maintain a “close relationship” with the Pontifical Academy of Social Sciences, the Vatican said.

Pope Francis approved the statutes “ad experimentum” (on a trial basis) for an unspecified period of time.

Jesus' mercy extends to even the greatest of sinners, pope says 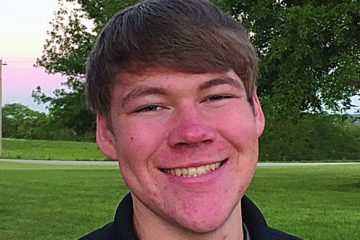