Pope Francis is praying for the people injured and killed by an SUV that plowed into marchers during a Christmas parade in the Milwaukee suburb of Waukesha, the Vatican press office said Tuesday.

A message sent to Archbishop Jerome E. Listecki of Milwaukee said that the pope was “asking the Lord to bestow upon everyone the spiritual strength which triumphs over violence and overcomes evil with good.”

“The Holy Father asks you kindly to convey the assurance of his spiritual closeness to all affected by the tragic incident that recently took place in Waukesha,” said the telegram, released on Nov. 23 and sent on the pope’s behalf by Vatican Secretary of State Cardinal Pietro Parolin.

“He commends the souls of those who died to Almighty God’s loving mercy and implores the divine gifts of healing and consolation upon the injured and bereaved.”

Five people were killed in the SUV incident and nearly 50 injured, including a Catholic priest, multiple parishioners, and Catholic schoolchildren.

The incident involved a red SUV that barreled through barricades and into a crowd marching down the main street of Waukesha just before 4:40 p.m. on Nov. 21.

Videos posted on social media showed the vehicle racing down the parade route, with police in pursuit, past horrified onlookers moments before marchers were struck.

The Milwaukee Dancing Grannies, the Waukesha Xtreme Dance team, and a marching band were also hit by the vehicle, according to the Milwaukee Journal Sentinel.

Several of the dead were part of the dancing grandmothers’ group, while another was a Citizen Bank employee walking with a float.

The youngest to die was 52, while the oldest was 81. Among those hospitalized for their injuries were at least 18 children.

Also marching in the parade were individuals and institutions of the local Catholic community.

Waukesha has four Catholic parishes. In the wake of the incident, the city’s parishes provided social media live streams of the rosary and Eucharistic adoration.

Authorities named Darrell Brooks Jr. as the suspected driver, the Milwaukee Journal Sentinel reported. Among other recommended charges, he could face five charges of first-degree intentional homicide, each of which has a sentence of mandatory life in prison.

Brooks, 39, was the subject of an ongoing domestic violence case. The Milwaukee County District Attorney’s Office said on Nov. 22 that prosecutors had recommended an “inappropriately low” bail in the case and it is investigating the recommendation.

In the last two years, Brooks has faced three charges of recklessly endangering others’ safety. He jumped bail for a July 2020 incident for allegedly firing a handgun during an argument.

Most recently, in early November, he allegedly ran over a woman with his vehicle in the parking lot of a Milwaukee gas station. She was hospitalized for her injuries. Brooks was freed on $1,000 bail.

At a Monday afternoon press conference, Waukesha’s police chief confirmed that Brooks was involved in a “domestic disturbance” before he drove onto the parade route.

The archbishop of Milwaukee published a video on Nov. 22, calling on people to turn to God in the face of the tragedy.

“As the shepherd of the Catholic community of southeastern Wisconsin, I feel compelled to stand in solidarity with those who have been affected by this senseless act,” Listecki said.

“When confronted with the shock and the grief encountered by our brothers and sisters in Waukesha, it is now important for us to turn to our faith which offers us God’s loving presence and consolation.”

Cordileone to Catholic students after boycott of pro-life assembly: 'Do not be victims of the culture' 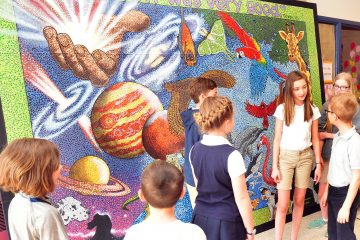