Pope Francis praised the Dominican charisms of preaching and missionary discipleship in a letter marking the 800th anniversary of the death of the order’s founder, St. Dominic Guzman.

“Together with St. Francis of Assisi, Dominic understood that the proclamation of the Gospel, verbis et exemplo, entailed the building up of the entire ecclesial community in fraternal unity and missionary discipleship,” Pope Francis said in the letter signed on May 24.

“The Dominican charism of preaching overflowed early into the establishment of the varied branches of the larger Dominican family, embracing all the states of life in the Church,” he said.

“In succeeding centuries, it found eloquent expression in the writings of St. Catherine of Siena, the paintings of Blessed Fra Angelico and the charitable works of St. Rose of Lima, Blessed John Macias and St.Margaret of Castello.”

The Dominican Order is currently celebrating a jubilee year in honor of the anniversary of the death of their founder on August 6, 1221.

As a part of the celebration, the order is marking May 24, the anniversary of the Translation of St. Dominic, with great solemnity.

This unusual feast day commemorates the day St. Dominic’s remains were moved, or “translated,” from their original burial spot behind an altar of the church of San Nicolo della Vigne in Bologna, Italy to a more prominent place in the church in 1233.

In his letter, Pope Francis offered further praise for “the outstanding contribution that [the Dominicans] have made to the preaching of the Gospel through theological exploration of the mysteries of the faith.”

“By sending the first friars to the emerging universities in Europe, Dominic acknowledged the vital importance of providing future preachers with a sound and solid theological formation based on sacred Scripture, respectful of the questions posed by reason, and prepared to engage in disciplined and respectful dialogue in the service of God’s revelation in Christ,” he said.

The pontiff explained that the Dominicans, through their various schools and institutes, have played a key role in the “cultivation of the sacred sciences and their presence in the world of culture have stimulated the encounter between faith and reason, nurtured the vitality of the Christian faith and advanced the Church’s mission of drawing minds and hearts to Christ.”

Pope Francis recalled that during his visit to Bologna five years ago, he was given the opportunity to pray at the tomb of St. Dominic. The pope said that he “prayed in a special way” for the order when he was there, “imploring for its members the grace of perseverance to their founding charism and to the splendid tradition of which they are heirs.”

“In thanking the saint for all the good that his sons and daughters accomplish in the Church, I asked, as a particular gift, for a considerable increase of priestly and religious vocations,” he said.

Acknowledging the jubilee year, Pope Francis asked for “an abundance of graces” upon the Order of Preachers “and the entire Dominican family.”

“May the celebration of the jubilee year […] usher in a new springtime of the Gospel,” he said.

“With great affection, I commend all taking part in the Jubilee celebrations to the loving intercession of Our Lady of the Rosary and your patriarch Saint Dominic, and cordially impart my Apostolic Blessing as a pledge of wisdom, joy and peace in the Lord.”

May 2021 Issue of The Catholic Telegraph Magazine 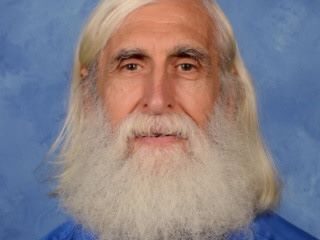