Pope Francis is the most influential world leader on Twitter, with the highest number of retweets worldwide.

He also is the second most-followed leader of the world, running behind — albeit by a long stretch — U.S. President Barack Obama.

The rankings were released July 24 in a recent study titled “Twiplomacy,” which refers to the use of Twitter by world leaders.

The study compiled a wide range of data from the Twitter accounts of 505 heads of state, foreign ministers and governments from 153 countries during the month of July. It was conducted by the communications firm Burson-Marsteller and published on twiplomacy.com.

More than three-quarters of all world leaders have a presence on Twitter, the report said.

President @BarackObama is the most followed head of state, with more than 33.5 million followers, and has the fourth-most popular account overall, right behind Lady Gaga, it said.

But the second most-followed world leader is Pope Francis, with 7.2 million followers spread across his nine different language-based @Pontifex accounts.

Not far behind in third place is @WhiteHouse and @LaCasaBlanca with 4 million followers combined.

But despite Obama’s strong following on Twitter, Pope Francis is the most influential world leader with the highest number of retweets, the report said.

While Obama’s Twitpic of him hugging his wife Michelle marking his re-election win was the most popular tweet of all time with 806,066 retweets, a typical @BarackObama tweet gets on average about 2,300 retweets.

While @Pontifex follows no one but its other @Pontifex language accounts, the pope is followed by 40 of the world’s leaders, including the Israeli government, prime minister and minister of foreign affairs and the president of Lebanon.

According to the report, many of the pope’s followers are leaders or top foreign ministers from former Soviet states, including Kazakhstan, but not the Russian federation. Leaders from Africa and Latin America also follow him.

The pope is also followed by Czech Prince Karel Schwarzenberg, who is one of very few VIP European papal followers.

The most popular @Pontifex tweet was Pope Francis’ first tweet four days after his March 13 election. It said: “Dear friends, I thank you from my heart and I ask you to continue to pray for me. Pope Francis.” It was retweeted more than 37,100 times and favorited by more than 22,500 accounts.

General audience days on Wednesdays and the Angelus prayer on Sundays are the most active days of the week for the @Pontifex accounts, though they are now sending out on average .71 tweets a day. The vast majority of tweets are sent at noon and 1 p.m. Rome time.

Being Pro-Life: Who Lives? Prioritizing Care in a Time of Limited Resources 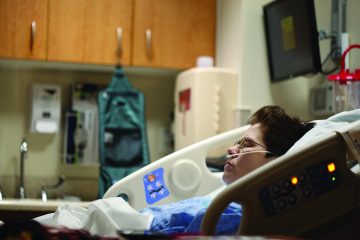