A Question of Faith: Who’s buried in Purcell’s Tomb

Where is Archbishop Purcell buried? I have heard that he might not have been buried in the grave bearing his name.

There is an old riddle: “Who’s buried in Grant’s tomb?” The answer could be “no one” (since his body, strictly speaking, remains entombed above ground in a mausoleum). We in the Archdiocese of Cincinnati have a similar riddle: Who’s buried in Archbishop Purcell’s tomb (or, more accurately, his grave)? Many have raised this question over the years, which stems from the circumstances of the archbishop’s later years.

Archbishop John B. Purcell was named bishop of Cincinnati in 1833 at just 33-years- old. He served as the Diocese of Cincinnati’s bishop (and, after 1850, archbishop) for an incredible 50 years. His final years, however, were marred by financial collapse.

The diocese formed a private bank (not unusual for the time) and accepted deposits from local Catholics. Archbishop Purcell had little oversight of the bank; he entrusted the day-to-day operations to his brother, also a priest, Father Edward Purcell. A series of poor investments and a financial downturn led to the bank’s total collapse. Though the Purcells had not used the money for personal gain, they had used some of it for church- related projects. By 1878, almost none of the deposits remained. After a protracted court battle, the depositors received only seven cents back for each dollar.

The bank collapse paralyzed the archdiocese and led Archbishop Purcell to leave Cincinnati. He, along with his brother, moved 45 miles east to the Ursuline Convent in St. Martin, Brown County (today’s Chatfield College). A coadjutor archbishop, William H. Elder, was named as his successor in 1880. Archbishop Purcell spent his retirement among the sisters – largely outside of the reach of those who
blamed him for their financial losses.

After suffering a series of strokes, Archbishop Purcell died on July 4, 1883, at age 83. His body was taken back to Cincinnati, where a funeral Mass was held at the cathedral. After Mass, his casket was returned to Brown County and he was buried in the Ursuline sisters’ cemetery. Among the many burials of Ursuline sisters is Archbishop Purcell’s grave, surrounded by his family: his mother, Johanna; his sister, Kate; and his brother, Edward.

The hypothesis that Archbishop Purcell might be buried elsewhere (perhaps another location on the convent grounds) has circulated over the years. His burial place, some argued, may have been hidden to prevent angry creditors from disturbing the grave or even stealing his body. Evidence at the site strengthened the supposition. A marble slab, placed over the grave site, began to sink into the ground, leading some to believe the grave was empty.

There is no evidence that the site was ever disturbed or that Purcell was buried in any location other than the plot bearing his name. Likely, the ground beneath the casket settled, the result of decomposition and natural shifting of the soil.

If, contrary to the evidence, Purcell is buried elsewhere, it is a well-guarded secret. His actual whereabouts may be lost forever. But if they are not, I’d like to imagine that the location has been passed down through the generations by the Ursuline sisters, who if questioned, would provide the answer you might expect: Purcell’s buried in Purcell’s tomb. Where else?

This article appeared in the June 2021 Bicentennial edition of The Catholic Telegraph. For your complimentary subscription, click here.

A Question of Faith: Who’s buried in Purcell’s Tomb 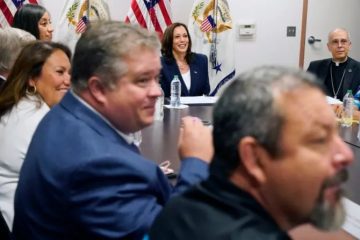