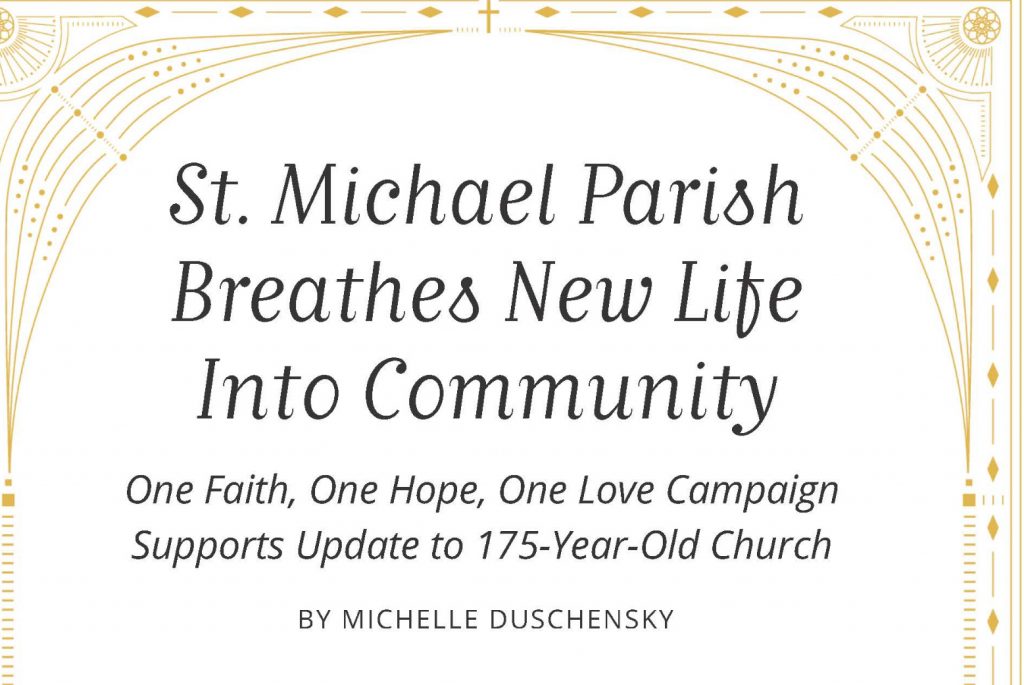 At a time when Mass attendance all over the world is down due to the pandemic, St. Michael Parish in Fort Loramie has drawn people back to church and infused new life into its community. The secret: modifications to its worship space and offering parishioners a piece of the church’s history to take home.

At the end of March, St. Michael Parish completed a five-week renovation project, using a majority of the rebates from the One Faith, One Hope, One Love campaign to replace the church’s 30-year-old carpet and 140-year-old pews – just in time for Holy Week and Easter.

“We’re getting more people to come back to church after COVID,” said Father Steve Shoup, pastor at St. Michael. “It’s put a lot more energy back into the church. A lot of people have come in just to look at the changes.”

Kate Boeke, communications associate for the Newport-Fort Loramie Pastoral Region, said it was very neat that the first Masses back in church with the new carpet and pews were during the most important week in the Church’s liturgical year.

“Many, many people commented that they could just feel the spirituality this year of Holy Week,” Boeke said.

During the five weeks of construction, St. Michael held all of its Masses at Sts. Peter & Paul in Newport, the other parish in the Newport-Fort Loramie Pastoral Region. The two parishes even had to add an extra Mass to accommodate the number of people.

“They were a great help,” said Father Shoup. “Sts.Peter and Paul and St. Michael worked very well together during this project but even before this project as a pastoral region.”

In addition to installing new carpet and high-quality, handmade pews, the St. Michael made a few other alterations to its interior, which included moving the confessional to a more handicapped accessible area; returning the baptismal font to its original position next to the stained glass window of St. John the Baptist baptizing Jesus; and transferring the tabernacle back to the high altar, giving it the highest and most prominent place in the church.

Father Shoup said he has received positive feedback regarding all the changes and that people are very happy things are back to the way they used to be.

Keeping St. Michael – a church that is more than 175 years old – functional and appealing by modern standards, while at the same time trying to preserve its rich history is certainly a delicate balance. George Sholtis, business manager for the Newport-Fort Loramie Pastoral Region, said there was a lot of discussion and careful consideration as to whether to refinish the old pews or to purchase new ones.

“Although we knew [that] if we refinished them and even had them strengthened we would have beautiful pews, we still had square nails and felt that things would continue to come loose over the years and [the pews] would require a lot of maintenance,” Sholtis said.

So, what happened to the 96 old pews? The parish sold them, at a very reasonable price, to its parishioners.

“We wanted to keep [the pews] in the community and give people the opportunity to have a memento,” said Sholtis. “People have been members of the parish for a long time, so having a piece of the church’s history in their home means a lot [to them].”

All of the old pews were spoken for within a week, and the parish set aside the $7,300 raised to help with the general upkeep of the church. The parish also plans to save the rest of the rebates from the “One Faith, One Hope, One Love” campaign for future church improvements.

Boeke says that everyone in Fort Loramie, whether they are Catholic or not, is proud of St. Michael, as it is the only church of any denomination in the community – and one of the oldest churches in the Archdiocese of Cincinnati.

save the rest of the rebates from the “One Faith, One Hope, One Love” campaign for future church improvements.

Boeke says that everyone in Fort Loramie, whether they are Catholic or not, is proud of St. Michael, as it is the only church of any denomination in the community – and one of the oldest churches in the Archdiocese of Cincinnati.

Update: Meeting between Pope Francis and President Biden did not happen

A Question of Faith: Who's buried in Purcell's Tomb 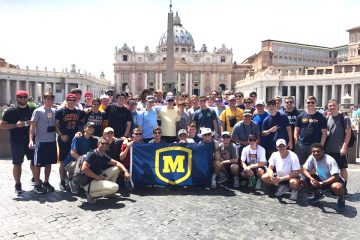