A reader asks: Dear Father: “Will the new Pope make changes in Church teaching because he’s a Jesuit and Jesuits tend to be more liberal? Will I have to take three steps to the left?”

Dear reader: Catholics should give thanks to God that we have a Pope. What joy to hear “Habemus Papam”! It is good to have a universal shepherd, a visible center of unity in the person of the Pope, the Vicar of Christ. In Pope Francis for the first time in history the Church has a Pope who was a Jesuit. Just as not all popes are the same, not all Jesuits are the same. They differ, like all people, in temperament, style, and personality. They have diverse areas of expertise and different interests. The idea that Jesuits tend to be more liberal is a generalization; perhaps one has this impression because some Jesuits are more vocal than others with particular agendas, but that does not mean that all Jesuits are that way. Jesuits are shaped and formed in different seminaries, different pastoral settings, by diverse experiences, and by different families. Further, one must realize that in any office over time, a person changes and develops; sometimes an office such as the papacy, with its responsibilities and burdens, changes a person.

One may speculate as to what Pope Francis will do or not do on the basis of his experience as a Jesuit priest, provincial, teacher, and bishop, but this type of speculation does not accomplish much. Our fellow Catholics should not immediately be viewed through such a lens. The question should not be whether a Jesuit or any person is liberal or conservative. Each Catholic must ask: Am I faithful to the mission received from the Lord? Am I giving faithful witness to Christ, whose vicar the Pope is, as a member of the Church?

Will the Pope make changes? The greatest change will be a change in mentality. In the first few days of his pontificate, Pope Francis has appeared to be a kind, humble, welcoming man. His liturgical celebration is simple. His preaching too is not complicated, yet profound. His speeches are colloquial rather than academic. There is much to admire. This is a change in style rather than doctrinal substance. Pope Francis’ three point plan, without altering doctrine, is simple: to journey; to build; and to profess.

A second type of change will be in personnel. There is a phrase: “Personnel is policy.” The appointments of the new Pope will shape Church policy with regard to governance, diplomacy, economics, and again mentality. Again, pundits speculate about new appointments and what this will mean, but one should not expect these appointments to affect substantively the fundamental doctrine of the Church; rather, they may affect how the Church operates.

One thinks back to the transition from Pius XII to John XXIII. In opening Vatican II, John XXIII said: “The salient point of this Council is not, therefore, a discussion of one article or another of the fundamental doctrine of the Church … For this a Council was not necessary. …The substance of the ancient doctrine of the deposit of faith is one thing, and the way in which it is presented is another. And it is the latter that must be taken into great consideration with patience if necessary, everything being measured in the forms and proportions of a Magisterium which is predominantly pastoral in character.”

One also needs to distinguish between the different levels of Church teaching including those which are to be believed as divinely revealed (e.g. the tenets of the Creed; the Christological and Marian dogmas, the doctrines of the institution of the sacraments and the grace they confer); those to be definitively held, which are connected logically with divine revelation, such as Church teaching on euthanasia, and those which require religious submission of mind and will. There are simply some teachings which even the Pope cannot change.

My advice is to be yourself before God in the Faith you have received from our predecessors in the Faith. Don’t move three steps to the left but be authentic. Finally, many people are afraid of change. It is written in the Scripture: Perfect love casts out all fear. Love God and love the Pope. Show your love for Pope Francis by responding to his simple request to pray for him.

Father Fernandes, the dean of the Athenaeum of Ohio/Mount St. Mary’s Seminary,  answers questions about the Catholic faith each month. Send your question for Father Fernandes to Steve Trosley.

On ‘The Mighty Casey,’ and the renewal of a new papacy

Editor's Note: Everyone wants to be the first with the news 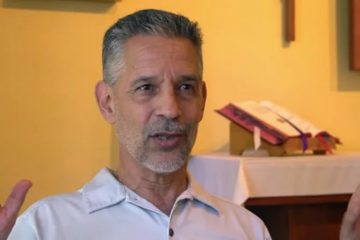