VATICAN CITY (CNS) — The improved relations between Jews and Catholics prove that openness and humility can transform even the most poisonous rapport between religions into genuine fraternal respect, a leading rabbi said.

“If such a bad relationship — which it was unfortunately for most of 2,000 years — can be such a wonderful relationship today, then there is no relationship, no matter how bad and how poisoned, that cannot be transformed and made into a blessed one,” Rabbi David Rosen said at a Vatican news conference Oct. 28.

The rabbi, international director of interreligious affairs for the American Jewish Committee, was among several religious representatives who were present earlier at an interreligious general audience with Pope Francis in St. Peter’s Square.

Members of the Buddhist, Jewish, Hindu, Muslim, Jain and Sikh faiths were in Rome attending a conference commemorating the 50th anniversary of the Second Vatican Council’s document, “Nostra Aetate.” The conference Oct. 26-28 was sponsored by the Pontifical Council for Interreligious Dialogue and the Pontifical Commission for Religious Relations With the Jews.

Rabbi Rosen told journalists that “Nostra Aetate” was revolutionary in healing the divide between Catholics and Jews, and the document continues to be a sign of hope for peace and reconciliation between the world’s religions, he said.

In fact, the vastly improved relationship between Christians and Jews, he said, serves as a call “to address our relationship with all other religions.”

Swami Chidananda Saraswati, a Hindu religious ascetic, told journalists that he was “touched by the spirit of ‘Nostra Aetate,'” and said the declaration also represents “the spirit of Hinduism.”

For example, “when I read ‘Nostra Aetate,’ it repeatedly mentions respecting the values, the culture, respecting each other’s dignity and going about religious expressions very carefully, not treading on anyone’s foot,” he said.

Rasoul Rasoulipour, a Muslim and professor of literature and human sciences at the University of Kharamzi in Tehran, Iran, said the conciliar document was a shifting point in the history of religions and changed the church’s approach from “concepts to persons, from beliefs to believers.”

Rasoulipour said he admired Pope Francis’ humility, and added that “all religious leaders from different traditions and religions have to learn from him.”

Samani Pratibha Pragya, a follower of Jainism, said she was moved by the pope’s humility when he asked her to pray for him. She also described the interreligious meeting as a garden with a collection of different flowers that displays “the beauty of mankind.”

Brinder Singh Mahon, a representative of the Sikh religion, called the day’s general audience with the pope a “humbling experience” that serves as a reminder for all world religions to do more to bring people together.

World expects believers to work together for peace, pope says

Throwback Thursday: Looking back and moving forward with a new website 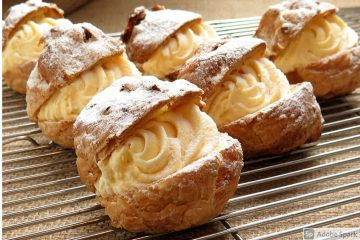