August 6, 2022 The Catholic Telegraph
Home»Features»Shine On: Shining Light on Your Legacy
Features/Home Page

What will people remember about you after you die?

The 2000 film Cast Away tells the story of FedEx employee Chuck Noland, who washes up on an uninhabited island after his plane crashes somewhere in the Pacific Ocean. After four years of isolation, he is rescued and finds himself on a plane home, accompanied by his best friend, who tells him he had long been assumed dead.

“We had a funeral and a coffin and a gravestone… the whole thing.”

“Well, everybody put something in. You know, just a cell phone or a beeper, some pictures. I put in some Elvis CDs.”

You can see this look of emptiness–a sort of hollow sadness–when Noland realizes that this is what he was remembered for.

While the concept of legacy technically refers to an inheritance or bequest, we use the term broadly to refer to what we will pass on to those who will come after us: our children and our children’s children. But I’d like to call your attention to another use of the term.

In computing, the term legacy is often used to refer to systems or software that are, technically speaking, out of date, but have nonetheless become irreplaceable because of the essential functions they perform.

What do you do for your family that is irreplaceable? The truth is, most of what we pursue is entirely replaceable. Work. Money. Possessions. Achievements. The pursuit of more is an endless cycle of replaceable activities.

The sad truth? So many people spend so much of their lives living and working and sacrificing for a legacy that simply won’t last, while the aspects of who you are and what you do that are truly irreplaceable have stood before you the whole time, just waiting to be grasped. We end up working so hard and sacrificing so much for the temporary, when the eternal stands before us in the simplest of moments, the most common of opportunities.

No one makes a lasagna that I like more than my mom. There is no one with whom I’d rather share good news than my dad. There has never been someone better to call when I was stuck on a crossword than my grandmother.

I chose three, but there are a thousand more. Simple. Commonplace. And utterly irreplaceable. And true legacy the kind of legacy God calls us to–brings us to the essential.

Their love and sacrifice point towards a higher good, a greater power: the love of God. The sacrifice of Jesus.

What will your legacy be? 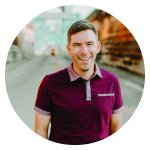 DOMINICK ALBANO is the director of digital engagement for The Catholic Telegraph, as well as an author and national speaker. He and his wife have been married for 13 years and have four sons.

This article originally appeared in the July Edition of The Catholic Telegraph. For your complimentary subscription, click here

Did you know? St Teresa of Avila

Why Self-Care is Important for Loving Others, Today’s Video

In response to global warming, the idea of personal sacrifice resurfaces