A native of Indianapolis, Sister Joan entered the Brown County Ursulines in 1941 and was professed in 1944. Sister Joan earned a bachelor’s degree from the former Our Lady of Cincinnati College, and a master’s degree in English from Xavier University. She taught third graders at Ursuline Academy in Cincinnati and went on to teach high school English for many years at Ursuline Academy, at the former school of the Brown County Ursulines in St. Martin and at Chatfield College.

After serving as superior general of the Ursuline community from 1973-79, Sister Joan moved to Chicago to earn a master’s degree in religious studies at Mundelein College. She became and an instructor and assistant director of the graduate religious studies program at Mundelein and also served as assistant director of the same program, as well as an instructor, at Barat College of the Sacred Heart.

Upon returning to Cincinnati, Sister Joan taught at Xavier University, the Athenaeum of Ohio, Northern Kentucky University and Chatfield, where she was interim president and trustee.
Sister Joan was active in religious education programs throughout the Archdiocese of Cincinnati, especially in St. Martin, and was founder and coordinator of the Ursuline Spirituality Institute. In addition, she wrote and published two books and served as member of the Ursuline Leadership Council .

Sister Joan is survived by one sister, Martha Erikson. Interment was in the congregation’s cemetery. 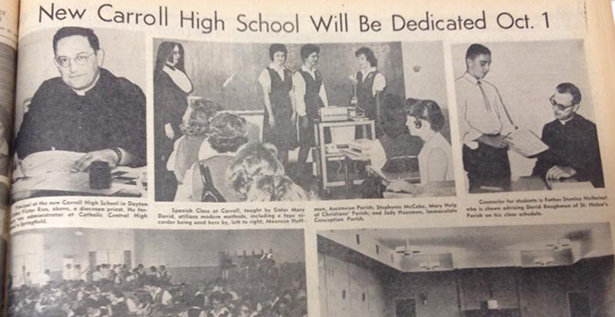