A native of Newcastle, Ind., Sister Mary Joseph was a Sister of Charity for 71 years, serving in secondary science education and hospital pastoral ministry.

She earned a bachelor’s degree in biology from the University of Dayton and a master’s in education from St. Louis University.  Sister Mary Joseph’s long ministry of teaching high school science began at the former Holy Trinity High School in Middletown in 1941. In the Archdiocese of Cincinnati, she also taught at Archbishop Alter High School in Kettering from 1970-76.

In 1976 Sister Mary Joseph began ministering in the pastoral department at two non-Catholic hospitals in the Dayton area — Grandview and Kettering. She retired to the motherhouse in 1991, where she ministered to aging Sisters and served in the ministry of prayer.

‘Thank you. Thank you very much.’

Bishop Schneider: Catholics in Kazakhstan are safe amid unrest 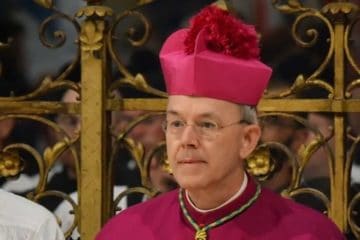