A native of Lima, Ohio, Sister Mary Pat taught at schools in Cincinnati, Dayton and Fayetteville, Ohio, along with ministering in education in Michigan, Colorado and New Mexico.

After two years of post-graduate work at the University of Chicago, Sister Mary Pat ministered as a librarian at the College of Mount St. Joseph; while there she took courses in gerontology, concentrating on pastoral ministry. Sister Mary Pat went on to serve as pastoral minister at Mother Margaret Hall, the sisters’ health care facility.

She later volunteered at the St. Joseph Home in Sharonville, working with children in the Day Program, those too young and fragile to go to school.

Sister Mary Pat is survived by her sister, Mary Clare Guagenti. Interment was in the Sisters of Charity Cemetery.

Don’t let your work squeeze out the important things 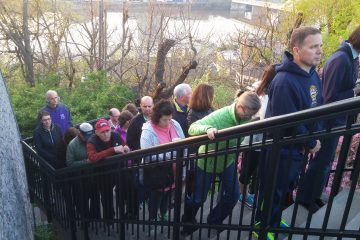