Out-of-state billionaires George Soros and Michael Bloomberg, joined by a “dark money” fund, are among the wealthy backers of Michigan’s proposed ballot measure to make abortion a constitutional right. Despite the influx of money, foes of Proposal 3 say the state’s voters are increasingly skeptical.

“Despite how much money they have spent, Proposal 3 continues to lose support,” Christen Pollo, spokeswoman for Citizens to Support MI Women and Children, told CNA. “The more voters learn about how confusing and extreme Proposal 3 is, the more they reject it.”

Proposal 3 would establish in the state constitution a “fundamental right to reproductive freedom,” including the expansive legalization of abortion. It would allow for late-term abortions on broad mental health grounds. The proposed amendment would repeal existing laws requiring informed consent for abortion and parental consent requirements for teens seeking abortion, sterilization, or gender transition. It would repeal existing laws requiring abortion clinics to be licensed and inspected for health and safety reasons.

“Out-of-state abortion advocates are trying to buy a constitutional amendment in Michigan that they hope to use as a blueprint across the rest of the country,” Pollo said. “This is not a Michigan effort. This is New York and California pushing an extreme agenda on the people of our state.”

Michigan’s Catholic bishops have been outspoken against the proposal. Their Oct. 10 letter called it “an immense threat to the dignity of human life.”

According to Pollo, backers of Proposal 3 have raised $34 million. More than two-thirds of this sum, $24 million, has come from New York City and Los Angeles. One hundred individual donors have contributed 98% of the funds for the pro-abortion measure, and $17 million has come from just five donors.

Campaign finance records at the Michigan Department of State’s website show more about who is funding Proposal 3’s backer, the Michigan group Reproductive Freedom for All.

Reproductive Freedom for All received over $34 million from July 21 to Oct. 23, largely from “dark money” groups that are not required to disclose donors, according to the news site Bridge Michigan.

CNA contacted Reproductive Freedom for All for comment but did not receive a response by publication.

For its part, Citizens to Support MI Women and Children, the coalition opposing Proposal 3, raised $16.5 million in the previous quarter. State records show that in that period, Right to Life of Michigan gave $9.2 million, the Michigan Catholic Conference gave $5.9 million, and the Catholic dioceses of Saginaw and Lansing gave $100,000 each.

Most major financial backers of Proposal 3 are known supporters of abortion. The Sixteen Thirty Fund previously gave the largest institutional donation, $1.38 million, to foes of a proposed pro-life amendment in Kansas. The amendment was defeated in an August 2022 election. The fund spent more than $410 million on Democratic Party-aligned efforts in the 2020 election.

Forbes magazine estimates Michael Bloomberg’s net worth at nearly $77 billion. George Soros, a former hedge fund manager, was long among the wealthiest Americans. He has given more than $32 billion to the Open Society Foundations for work that aligns with his vision of democracy and individual rights.

The Open Society Policy Center, which has helped fund Proposal 3, is a tax-exempt nonprofit advocacy organization aligned with the Open Society Foundations. The center’s executive director, Thomas Perriello, is a former U.S. congressman from Virginia who campaigned as a Catholic Democrat with faith-based politics. He has served as president of the Center for American Progress Action Fund and as a board member for the Virginia League for Planned Parenthood.

As CNA previously reported, in the mid-2000s Perriello helped to launch Catholics in Alliance for the Common Good, Catholics United, and Faith in Public Life. The two Catholic groups became the focus of controversy in 2016 when leaked emails from leading Democratic strategist John Podesta appeared to suggest they had been founded partly to help foment a “Catholic spring” revolt against the bishops.

In a June 19, 2021 opinion essay for the New York Times, Perriello criticized Catholic bishops for challenging “a practicing Catholic who supports abortion rights” like President Joe Biden and former U.S. Sen. John Kerry. He presented the bishops’ deliberations about Holy Communion as a partisan distraction from racial and economic justice.

The Soros network has long sought to change pro-life laws worldwide. In 2016, a leaked three-year plan for the Open Society Foundations’ Women’s Rights Program showed that it was targeting the pro-life provisions of Ireland’s national constitution. The strategy document suggested change in Ireland could be a model for change in other Catholic countries. The document also cited the foundations’ support for pro-abortion efforts in Mexico, Zambia, Nigeria, Tanzania, and other parts of Latin America and Europe.

Will these pro-abortion funders succeed in Michigan? Pollo, of Citizens to Support MI Women and Children, says it’s up to voters.

“Proposal 3 was intentionally written with confusing language in order to mislead voters into passing an extreme constitutional amendment that would repeal parental consent laws for children seeking abortions, repeal health regulations on abortion clinics, and allow abortion until birth,” Pollo told CNA. “We must vote no to protect women and children and ensure this extreme amendment is not used as a blueprint for other states in the future.” 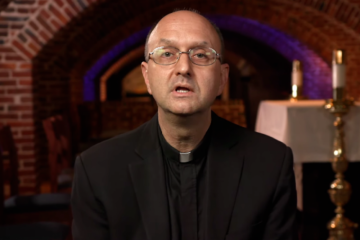