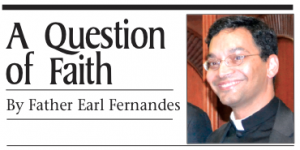 Dear Father: How is a priest to handle a request for a Mass to be said for an intention from a lay person? I understand a donation is not necessary but usually accepted. Is it covered in the Catechism?

Dear Reader: The Code of Canon Law answers your question, especially canons 945-958, which address the offering for the celebration of Mass. Sometimes this offering is called a stipend. While the Christian faithful make their offering in the collection basket, sometimes an offering is made for a special intention for the Mass. The person making the offering desires that the priest remember that intention, a particular person or need at the Mass, uniting that person or intention more closely to the action of the priest.

Priests may receive an offering to apply a Mass for specific intention (c. 945) but are asked to offer Mass for the faithful, especially the poor, even when an offering has not been received. Pastors are obligated to offer a Sunday Mass and Holy Day Mass for their people (c. 534). By giving an offering, the faithful contribute to the good of the church and help support the church’s ministers and work (c. 946). It should be remembered that in many countries, this is the source of material support for priests; that is, not all priests around the world receive a “salary.” However, priests may keep the stipend for only one Mass offered per day (except on Christmas) — even when a priest says more than one Mass per day — and the other offerings must be given to a purpose specified by the bishop, such as the seminary or the missions (c. 951)

I remember answering the phone at the parish and having someone ask, “How much does it cost to have a Mass ‘read’?” There are so many things wrong with the question; nevertheless, I understood what the person meant. She was asking about the amount of the offering, which varies from region to region, and is governed by canon 952. In the Archdiocese of Cincinnati, the standard offering is five dollars. A priest may not seek a larger amount but may accept a larger or smaller amount for a specific intention. I remember my mother sending me to school with envelopes for the priests with two dollars and five dollars. Two dollars was for a “low Mass” with two candles and no chanting or singing, and five dollars was for a “high Mass” with six candles and singing. Finally, one day the priest told me – much to the disappointment of my mother – standard offering was now five dollars.

Priests cannot combine intentions of Masses without the consent of the donor(s) and must announce when such Masses will be offered (c. 948); this sometimes occurs when parishes establish “Purgatorial Societies”. Priests may not accept more offerings than can be satisfied within a year (c. 953). If a priest has excess Mass offerings that cannot be celebrated in the parish, the Masses can be celebrated elsewhere, provided that the donor has not specified that it may not (c. 954).

Typically, when a person wants to have a Mass offered for a specific intention, he or she can call the parish and talk to the secretary. Sometimes the person might have a specific date for the Mass, such as the anniversary of a person’s death, but there is no guarantee that the particular date will be available. The secretary and/or priest usually keep a special book (c. 958) where the intentions, offerings, and dates are recorded. In many parishes the intention and/or the donor are published in a parish bulletin.

Offering Mass for a specific intention bestows a spiritual benefit. It is especially valued for praying for our beloved dead, which is something we recall during the month of November.

Father Earl Fernandes is dean of Mount St. Mary’s Seminary and the Athenaeum of Ohio, where he is assistant professor of moral theology. To ask Father Earl a question about the Catholic faith, send an email to [email protected] or to The Catholic Telegraph, 100 E. Eighth St., Cincinnati, OH 45202 .

This A Question of Faith column originally appeared in the November 2014 print edition of The Catholic Telegraph. 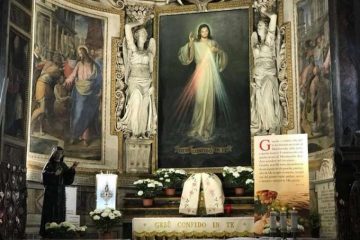