Sunday Scripture: The Lord God is good to all

In this week’s readings, the Gospel passage can be used to give a focus to the week’s message. God is amazingly generous in His loving mercy to all who seek Him.  Matthew’s passage may seem like a riddle as we read it. What was the master in the household thinking when he paid the last workers hired the same amount as he paid the first ones hired?

If we take a moment here to look back to the reading from Isaiah, we hear the prophet’s call to the people for repentance and his trust in the overwhelming generosity of God’s mercy.  Then Isaiah reminds us that God’s ways are not our ways, and His thoughts are not our thoughts.

Isaiah’s prophecies to the Babylonian exiles are found in Isaiah 40-55, and they reminded the captive Israelites of the abundant mercy of God in which they could
find salvation and eventually restoration to their homeland. God’s mercy far exceeds anything that the human mind can grasp. The exiles were devastated in their fall to Babylon, but the exilic prophet speaking in this text encouraged the exiles to seek the Lord who was near and to call upon Him in loving repentance.  God would abundantly pardon them far beyond their greatest expectations.

That was not to be a one-sided process. The people were called to forsake their unrighteous ways and return to the Lord. They were to open themselves to His mercy and trust in His goodness. Then the grace of God would bring about their restoration. Like a shepherd, God would gather His people and gently lead them to their restoration.

Now if we think back to our Gospel passage (Matthew 20:1-16) we may be able to pick up a link with the abundant generosity of the householder. While he fulfilled his agreement with the laborers whom he had hired early in the day, he also chose to be abundantly generous to the latecomers. He defended his own right to be good despite the cries of “unfair” raised by the grumblers. A literal translation of the ending of the parable would be, “Is your eye evil because I am good?”

There is a sharp contrast between the goodness of the master and the grumbling of some of the workers (Matthew 20:11). This prompts us to think back to what we noted above that God’s ways are infinitely in contrast to human ways. God is abounding in His steadfast love (Psalm 145:8-9).

Perhaps the best way to come to some integration of all of this is to pray about it with our psalmist. “Great is the Lord, and greatly to be praised, and His greatness is unsearchable. The Lord is good to all, and His compassion is over all that He has made. The Lord is just in all His ways, and kind in all His doings. (Psalm 145)

Sister Betty Jane is a faculty member at the Athenaeum of Ohio/Mount St. Mary’s Seminary.

Sunday Scripture: Let this mind be in you

Sunday Scripture: The Lord God is good to all 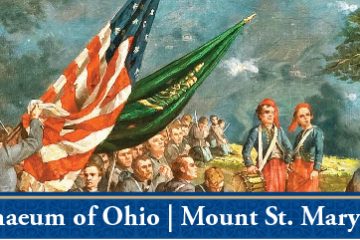