Synod interim report: the Church can renew commitment to family

VATICAN CITY — The approach to irregular unions must start from positive aspects, and stable couples should be accompanied in a development toward the sacrament of marriage, the Synod of Bishops said in a midterm report issued Monday.

“We have gathered together the results of our reflections and our dialogues in the following three parts,” reads the Oct. 13 “relatio post disceptationem,” the interim document which the synod fathers will consider in small groups during the remainder of the meeting.

The three parts are listening to the complex situation of the family today; “looking, our gaze fixed on Christ, to re-evaluate with renewed freshness and enthusiasm what the revelation transmitted in the faith of the Church tells us about the beauty and dignity of the family”;  and discussion “in the light of the Lord Jesus to discern the ways in which the Church and society can renew their commitment to the family.”

The relatio is a summary of the state of discussion at the synod thus far, and at the same time is the basis for further discussion.

Cardinal Luis Tagle of Manila told journalists in a press conference that “the relatio is a sort of a mirror at which we participants of the synod we should take a look to see what we have reached so far in this journey.”

Though the relatio emphasizes the need for new language and a new pastoral approach, the document is based on the need of educated priests and lay people to spread the Gospel, and also sees in irregular couples an opportunity for evangelization.

The need for education

The preparatory document of the synod already addressed priestly education and the faithful’s knowledge. Both of these issues are the background of the whole relatio.

“The fundamental challenge facing families today is undoubtedly that of education, rendered more difficult and complex by today’s cultural reality,” the relatio read.

And the Church, the relatio said, “can carry out a precious role in supporting families, starting from Christian initiation, through welcoming communities.” It is requested that the Church work at “supporting parents in their educative undertaking, accompanying children and young people in their growth through personalized paths capable of introducing them to the full meaning of life and encouraging choices and responsibilities, lived in the light of the Gospel.”

Education is a crucial issue, even when the relatio comes to the possibility of reforming the procedure of marriage annulment.

Such reform has been “requested by many,” but it and “the preparation of a sufficient number of operators, clerics and lay people, dedicating themselves to this, requires an increase in the responsibilities of the diocesan bishop, who in his diocese might charge a specially trained priest who would be able to offer the parties advice on the validity of their marriage.”

“What rang out clearly in the Synod was the necessity for courageous pastoral choices,” the relatio said in regard to wounded families.

In this accompaniment “the presence of experienced couples” is of great importance, and “couples need to be encouraged towards a fundamental welcome of the great gift of children,” while “the importance of family spirituality and prayer needs to be underlined.”

The document also addressed the transmission of life, and concludes that “help is required to live affectivity, in the marriage as well, as a path of maturation, in the overmore profound welcoming of the other and in an ever fuller giving.”

Much emphasis has been given to the third part, dedicated to discussion. Cardinal Peter Erdo of Esztergom-Budapest, who is general rapporteur of the synod, explained that “it was difficult to summarize all the interventions” and that “we need to make a choice of words which is not obviously perfect, since it has to respect everybody’s word.”

On the other hand, Cardinal Erdo pointed out that “a special emphasis is needed on the values of the marriage lived according the God’s plan. This was obviously acknowledged in this text, but it probably has an even more major impact in the world. I am convinced this data will emerge in the coming discussion.”

The beginning of the document is dedicated to the Gospel of family, but it also stresses that “the Gospel of the family, while it shines in the witness of many families who live coherently their fidelity to the sacrament, with their mature fruits of authentic daily sanctity, must also nurture those seed that are yet to mature, and must care for those trees that have dried up and wish not to be neglected.”

The document then read that “a new dimensions of today’s family pastoral consists of accepting the reality of civil marriage and also cohabitation.”

Far from being an endorsement of such unions, the document is committed to positively assessing the issue, in order to accompany these couples “in development toward the sacrament of marriage.” The document also stressed that cohabitation and common law marriages are always more spread because of material poverty.

“Furthermore in such unions it is possible to grasp authentic family values or at least the wish for them. Pastoral accompaniment should start from these positive aspects,” the relatio read.

Among the pastoral challenges, there is that of care for wounded families. The synod fathers urged a new pastoral path that “begins with the effective reality of familial fragilities, recognizing that they, more often than not, are more ‘endured’ than freely chosen.”

The relatio underscored that damaged families should be “first of all be listened to with respect and love,” and this discernment is “indispensable for the separated and the divorced,” since “what needs to be respected above all is the suffering of those who have endured separation and divorce unjustly.”

The document said that “divorced people who have not remarried should be invited to find the Eucharist the nourishment they need to sustain them in their state,” while the divorced who have remarried “demand a careful discernment and an accompaniment full of respect.”

Regarding access to Confession and Communion for such persons, the relatio acknowledged different proposals: “some argued in favor of the present regulations because of their theological foundation, others were in favor of a greater opening on very precise conditions.”

The document read that “homosexuals have gifts and qualities to offer to the Christian community,” and that “the question of homosexuality leads to a serious reflection on how to elaborate realistic paths of affective growth and human evangelical maturity integrating the sexual dimension.”

According to the synod fathers, “this is an important educative challenge.”

“The Church furthermore affirms that unions between people of the same sex cannot be considered on the same footing as matrimony between man and woman.”

The synod fathers also deemed it unacceptable that “pressure be brought to bear on pastors or that international bodies make financial aid dependent on the introduction of regulations inspired by gender ideology.”

Cardinal Gerhard Mueller, prefect of the Congregation for the Doctrine of the Faith, commented that in the relatio’s comments on homosexual persons, “there is nothing new, since the Church never rejected homosexuals; it always cared of them from a pastoral point of view. And on the other hand, we cannot say that a gay couple is really a couple or may form a family.”

Archbishop Bruno Forte of Chieti-Vasto, secretary of the synod, echoed this, saying, “the Church does not hold that the word ‘family’ may be applied to a homosexual union.”

Archbishop Forte then added that “it is evident that human persons have rights, and these rights must be safeguarded.”

No doctrinal news, but a quest for new pastoral language

According to Cardinal Ricardo Ezzati Andrello of Santiago de Chile, the relatio “is not a definitive document, but it also has the perspective of what the outcome of this synod may be.”

The overall document do not present doctrinal ‘news’, but it is aimed to show a change of pace in the pastoral approach and language.

Archbishop Forte said that one example of this effort is given by the absence of any reference to natural law.

“Natural law is a terminology that the major part of Catholics in average do not understand, as emerged by the questionnaires we delivered prior to the synod. We did not get rid of the notion, we just tried to express it in a different terminology, emphasizing that there is a shared human experience,” Archbishop Forte said.

The relatio read that “a missionary conversion is required,” such that evangelization apply to people’s real problems, since “it must not be forgotten that the crisis of faith has led to a crisis in matrimony and the family and, and, as a result, the transmission of faith from parents to children has been interrupted.”

Jesus’ disciples are called to lead without lecturing, pope says

Synod interim report: the Church can renew commitment to family 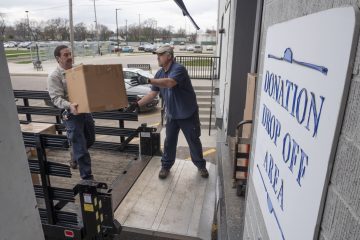