Curious about what was on the minds of Cincinnati Catholics June 8, 1831? You can read an ode to spring by Barry Cornwall. And if you are curious about what a man named O’Quinn was doing running for Mayor of Pau, France, in 1861, just turn to page 6 of the Aug. 10 edition of “The Catholic Telegraph and Advocate.”

Hundreds of issues of The Catholic Telegraph are now available online, courtesy of funding from the State Library of Ohio and the Hamilton County Genealogical Society. The Catholic Research Resources Alliance has been working with the Archdiocese of Cincinnati archives to digitize, index, and post the issues.

Now available to read at the Alliance’s website, the issues are text-searchable and easily manipulated through the viewing software.

Archdiocesan archivist Sarah Ater said there are scores of uses for the material now available online. Those include referencing the missing persons section from the 1850s listing missing family members who traveled to the America and failed to stay in contact with their family, which is especially interesting for genealogy enthusiasts. Or you can read about nativist activities in the 19th century against Catholics, particularly the 1853 riot against Cardinal Bedini. Also helpful are reports of the dedication of new parishes/churches.

Ater also points out a blog about it, “Getting the Word Out: Whenever Possible Tell Scholars About the Trove that is the Catholic News Archive,” which explores how the paper can be used beyond the scope of our archdiocese. Find it at the Alliance website, CatholicResearch.org.

“The Catholic Telegraph” began in 1831 and is one of the oldest diocesan publications in the United States. Ater said the online resource is a “treasure trove of information” to researchers. “Having the newspaper online with the Public Library and the CNA means that access to the newspaper is greatly increased to researchers and the general public, which is a primary goal for the archives.

“‘The Catholic Telegraph’ is one of our most heavily used records by researchers,” she said.

A separate project with the Public Library of Cincinnati and Hamilton County is digitizing issues from 1831-1922 (the end of public domain), and will include them in the PLCH Digital Library.

To see the digitized issues, visit TheCatholicNewsArchives.org and Digital cincinnatilibrary.org. 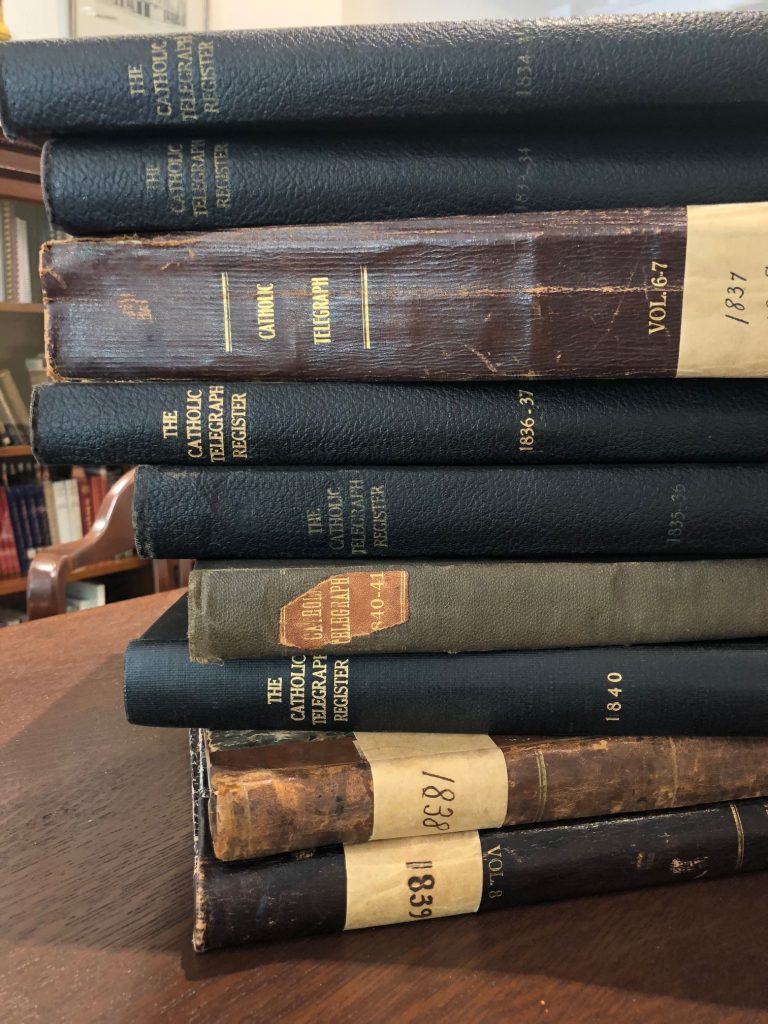 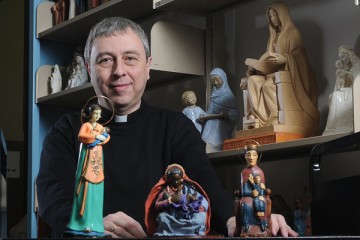