Ever since the U.S. Supreme Court effectively legalized abortion on-demand nation-wide in 1973, American Catholics have taken to the streets and the public squares to stand up for life.

Attending the March for Life or other pro-life events today? Tweet #Telegraph4Life on Twitter and we’ll retweet. We may also use your photos in upcoming publications.

The Catholic Telegraph has been there every step of the way. For this week’s Throwback Thursday, posted on the very anniversary of the infamous Roe vs. Wade decision, we submit five photographs.

We are in the fifth decade since Roe, and each photo in the gallery below is from a different decade of our coverage.

The oldest photo shows a worker at the Cathedral of St. Peter in Chains examining the bell, which in conjunction with churches throughout the archdiocese tolled at noon, Jan. 22, 1974 to mark the first anniversary of the decision.

Others, from 1980 and 1995, show the crowds gathered for the March in Washington.

One from the year 2000 shows a Catholic praying in front of a local abortion facility and the main image with this story is the graphic that appeared in the 2014 edition of The Catholic Telegraph, highlighting the same history.

Archbishop Dennis M. Schnurr and others from the Archdiocese of Cincinnati are part of the March for Life 2015, taking place today in Washington D.C.

Those seeking to participate in local events today can visit the Planned Parenthood on Auburn Ave. in Cincinnati for a Mini-March for Life from Noon to 1 p.m. and 40 Days for Life hopes to have people there keeping vigil from 9 a.m. to 2 p.m.

In Dayton, a memorial will take place at Noon today in Woodland Cemetery near the University of Dayton at the gravesite of six aborted babies. There will be a short service and a balloon launch.

In Butler County the annual Prayer March for Life is tonight from 7-8 p.m. at the old Butler County Courthouse. Signs will be provided.

Also All Saints church on Montgomery Road in Cincinnati is having a pro-life celebration today from 3:30 p.m. to 6:30 p.m. including prayer, adoration, rosary, confession, a demonstration walk and more. For more information on that event, click here.

Catholic lawmakers urged to back immigration reform as pro-life issue

'We shall overcome' in fight against abortion, says Cardinal O'Malley 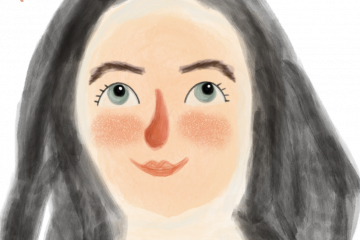