At the end of May, our local community commemorated the 100th anniversary of the Tulsa Race Massacre. Sparked by the false accusation that a young black man had sexually assaulted a white woman, the racial violence that unfolded between the night of May 31 and the early morning of June 1, 1921, left much of the thriving “Black Wall Street” neighborhood of Greenwood in ashes. In addition to the 10,000 Tulsans left homeless, close to a thousand residents were seriously injured and hundreds dead. Nearly all of the victims were members of the Greenwood community.

Under the steadfast guidance of Father Heiring, Holy Family Cathedral became a place of refuge for many throughout the terrible events of that night. The eyewitness accounts of one cathedral parishioner, Clyde Joseph Eddy, continue to serve as a memorial to both the darkness of this historic tragedy and the light to be found in those who had the courage to proclaim the Gospel message of love amid such hatred and heartbreak. Although Clyde Eddy was only 10 years old when the Tulsa Race Massacre took place, the experience remained etched in his memory throughout his whole life.

“Grandpa had talked to us about the race riot since we were little kids, so we grew up knowing about it,” says Clyde’s grandson, Matt Buckendorf. “The night it happened, the diocese was hosting an event at the Brady Theater—what is now the Tulsa Theater — and when the riot broke out, Father Heiring had the house lights come on and told everyone something terrible was going on, and that they should go home and stay safe. That always stuck in my mind as a kid, imagining Father there saying that something terrible was happening.

”Upon returning home from the theater, Clyde’s family received a telephone call. His mother was a member of the Holy Family Women’s Club, and she was told that the church was going to receive the refugees. Women were asked to make bandages and bring any other useful supplies they might have to the cathedral. Thankfully, Holy Family was large enough to accommodate a makeshift triage and “hospital” section for tending to the injured.

According to an article published by the Tulsa Tribune on June 6, 1921, the Cathedral’s nuns, its ladies of the St. Vincent de Paul Society and its Knights of Columbus provided food, clothing and shelter to 400 black victims of the riot. Twenty-five babies were bathed and given clean clothes.

Young Clyde accompanied his mother to the cathedral. Over the years, he would recount the events of that night many times to his family members, including his late daughter, Vickie, and her husband, Mike Buckendorf.

“Clyde saw what was going on,” Mike says. “He said he was frightened by what was unfolding there, but there was also so much compassion. Holy Family and First Presbyterian were the only churches to help while the riots were still going on. By all accounts, Father Heiring was just an absolutely wonderful man and excel-lent shepherd of his flock.”

Clyde’s witness to the tragic events linked to the Tulsa Race Massacre con-tinued several days later. As he and his cousin were taking a shortcut through Oaklawn Cemetery, they saw men digging holes, surrounded by wooden crates. Before the men noticed their presence there, the curious boys had peeked inside two of the crates — the first contained the bodies of three black men, while the second contained four. Clyde’s eyewitness report has led to several excavations in the cemetery, where researchers speculate a mass burial site may still be hidden.

Over the years, Clyde kept his Catholic faith and a commitment to serving others at the forefront. Certainly, his childhood experience of the Tulsa Race Massacre also formed the teenager and the man he would become. As a 16-year-old Eagle Scout, Clyde helped start Tulsa’s first black Boy Scout Troop. With his keen interest in Tulsa history and love of service, he was a longtime member of both the Tulsa Historical Society and the Knights of Columbus. Clyde passed away in 2008 at the age of 97.

Cathedral parishioner, Mike Buckendorf, is thankful for the memories that his father-in-law shared with him over the years. His account of the Tulsa Race Massacre and its aftermath both reminds us of the evil still present in our world and provides hope that the Gospel message of love and com-passion can bring continued healing.

“I’m glad to see the discussion of the race riots coming to the forefront,” Mike says. “There is still so much ill will, but there is also a lot of God’s love in it with people acknowledging what happened and, by doing so, making sure it doesn’t happen again. God made all of us — we are all His children and want to see Him one of these days, and there isn’t room for bigotry and hatred.

“What Holy Family Cathedral did to help refugees during the riots says everything about the Catholic faith,” Mike adds. “It speaks volumes about what a Catholic is. It’s about brotherhood. God put us here to love one another and help one another.”

As our parish joins the rest of the Tulsa community in memorializing the tragic events of 1921, Father Kastl reminds us of the call for all Catholic faithful to be a force of love and healing beyond the church walls.

“Every human being possesses an inherent dignity that can never be taken away,” he says. “This is the fundamental principle within the Catholic tradition that drives the mandatory respect not only for life but also for the diversity that exists within the human family due to culture, race, and ethnicity. When we come together seeking that which unites us, our faith and salvation in Christ, the diverse places from which we come help inform our under-standing and appreciation that different cultures bring to a community.

The witness of our parishioners from the time of the Race Massacre should not just make us proud of what the cathedral did at that tenuous time, but rather inspire all of us to be individuals who work to bring peace and mutual respect back into our communities today,” Father Kastl adds.

This article was published earlier by the Eastern Oklahoma Catholic, and is reprinted with permission.

Pope Francis releases video message on the beauty of marriage

Cardinal Collins: Rediscover the 'treasure' of the Sacred Heart devotion this month 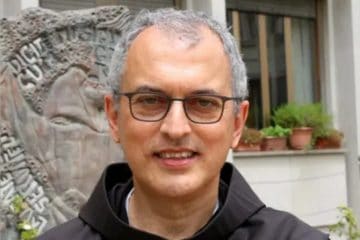