WASHINGTON (CNS) — In a petition filed with the U.S. Supreme Court Nov. 3, the Justice Department said it had been misled by lawyers representing a pregnant immigrant teen about the timing of her abortion.

In its petition, the Justice Department said it was about to appeal a lower court decision allowing the teen to have an abortion when it realized she had already had the procedure early that day.

“Disciplinary action may therefore be warranted” against the American Civil Liberties Union, who represented the teen, the petition added, saying ACLU lawyers had told the government the abortion was scheduled to take place a day later.

David Cole, ACLU’s legal director, said in a statement that the government’s charges were “baseless” and a means to deflect blame for failing to appeal the court’s ruling in time.

The teenager, identified as Jane Doe, had an abortion Oct. 25, the day after the full U.S. Court of Appeals for the District of Columbia Circuit cleared the way for it in a 6-3 vote. The court’s action overruled an Oct. 20 decision by a three-judge panel of the court that had blocked the teen’s abortion until the Department of Health and Human Services found a sponsor by Oct. 31 to take custody of the teenager, such as an adult relative.

The case reached the circuit court when the Trump administration appealed a ruling by a federal judge that the teenager had the right to get an abortion. The administration had argued that the government is not obligated to facilitate an abortion for someone in the country without legal documents.

Attorneys general from nine states, including Texas, Missouri and Ohio, had backed the federal government in that appeal, stating in a court filing: there is no “constitutional right to abortion on demand.”

“Federal and Texas state officials are to be commended for defending the life of an innocent unborn child in a recent case involving an unaccompanied pregnant minor in federal immigration custody,” the Texas Catholic bishops said in their statement.

Lawyers for the ACLU are representing the teen, who is from Central America and is under federal custody in a shelter in Brownsville, Texas. She entered the United States in September and was in her 15th week of pregnancy when the circuit court made its ruling. Texas bans most abortions after 20 weeks.

The ACLU argued that under the 1973 Supreme Court ruling in Roe v. Wade, the immigrant teenager is entitled to have an abortion that she would pay for.

In an Oct. 20 statement released by the Texas Catholic Conference in Austin, the state’s bishops had argued against requiring “the government to facilitate and participate in ending the innocent life of the unborn child,” saying it would diminish “the historic promise of our nation to serve as a beacon of hope for all.”

A White House statement said the Trump administration “stands ready to expedite her return to her home country.” Federal officials have said the teenager could voluntarily leave the country or find a sponsor in the United States to take custody of her.

The ACLU argued that under the 1973 Supreme Court ruling in Roe v. Wade, the immigrant teenager is entitled to have an abortion that she would pay for.

The Texas bishops said the ACLU’s case — “compelling others to perform, facilitate or pay for abortion who do not wish to do so” — is unconscionable. “No one — the government, private individuals or organizations — should be forced to be complicit in abortion,” they said.

They also pointed out that the Catholic Church in Texas has provided assistance and shelter to unaccompanied immigrant minors, refugees and pregnant mothers for decades.

“As this case continues through the legal process, we pray for this young mother and her unborn child, so both may enjoy the protection and refuge the United States offers,” the bishops said.

Jesus shows that death is not the last word, pope says

Jeanne Hunt for November: Our personal communion of saints 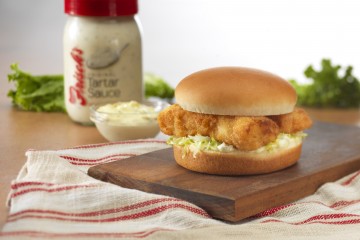