When Gov. Gavin Newsom of California unveiled his plan for a billboard advertising campaign inviting women to travel to his state to have abortions, he was swiftly condemned by Catholics, who called the ads “unconscionable” and “blasphemy.”

Why the strong reaction? The abortion-selling ads include a passage from Scripture:

“Need an abortion? California is ready to help,” reads the message to be displayed along Indiana and Oklahoma highways.

In smaller lettering, the ads cite Jesus Christ’s words in the Gospel of Mark: “Love your neighbor as yourself. There is no greater commandment than these. -Mark 12:31”

“It is unconscionable that these ads distort Scripture to support abortion, specifically in states that have already dramatically limited abortion in favor of supporting life,” Kathleen Domingo, executive director of the California Catholic Conference, told CNA Sept. 23.

Funding ads in other states is “nothing more than a political stunt by our governor,” she said. “It is virtue-signaling that California, with our extremely permissive abortion laws, is superior to red and purple states enacting abortion restrictions.”

Newsom, a Democrat, is expected to win re-election as California governor this fall. On Sept. 15 he announced seven versions of the pro-abortion ads that would run on billboards in seven states that restrict abortion.

The ads, which list an abortion access website hosted by the California state government, note that they are paid for by Newsom’s gubernatorial campaign. His campaign committee had almost $24 million cash on hand as of June 30, according to filings available on the website of the California Secretary of State.

Domingo said the use of scripture to back abortion was misleading.

She added that basic needs aren’t being met in Newsom’s home state.

“California is not just providing abortions but promoting abortion as a solution for women,” said Domingo. “When California families are struggling to pay for gas, afford rent, and put food on the table, promoting the violence of abortion solves none of the urgent problems countless families are facing.”

CNA sought comment from several Catholic dioceses in California, Mississippi and Oklahoma but did not receive a response by publication.

Check cited other verses which stressed the need to care for widows and orphans. A woman abandoned by her husband or boyfriend is a sort of widow, and the unwanted unborn child is “a sort of orphan,” he said.

Christianity has rejected abortion from its earliest years. The Catechism of the Catholic Church says “since the first century the Church has affirmed the moral evil of every procured abortion.”

Pope Francis has spoken of abortion as an aspect of a “throwaway culture” that also rejects those in need.

As for Newsom, his political rhetoric has labeled bans on abortion “un-American.” He contended that his Republican foes are “literally killing women.”

“The idea that these Republican politicians are seeking to ‘protect life’ is a total farce,” Newsom said on Sept. 15. “They are seeking to restrict and control their constituents and take away their freedom.”

Newsom said the ads will run in seven of the states with the “most restrictive” anti-abortion laws. In the governor’s view, the ads “explain how women can access care — no matter where they live.”

“To any woman seeking an abortion in these anti-freedom states: (California) will defend your right to make decisions about your own health,” he said.

Billboard ads are also planned for Indiana, Ohio, South Carolina, South Dakota and Texas. The ads tell potential readers that these states “don’t own your body. You Do.” Some of these ads show the back of a woman in a white dress, with her hands handcuffed behind her.

These five ads do not include the citation from the New Testament but still refer to the State of California’s abortion website.

For the Catholic commentator Check, the ads should be a cause for fear, prayer and action.

“These blasphemies of Gavin Newsom and the other leaders of California should fill us with fear — fear for him, of course, whose soul is in grievous danger of a fate too horrible to comprehend,” said Check, who also voiced concern for those he might influence.

He encouraged prayers for the governor and for Newsom’s local Catholic bishop. He also encouraged Catholics to engage in their own spiritual formation and to support the work of crisis pregnancy centers, pro-life sidewalk counseling outside abortion clinics and the work of other pro-life non-profits. 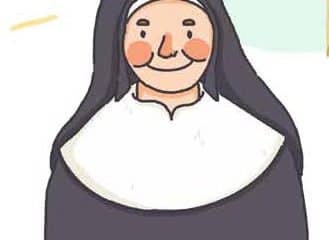