VATICAN CITY (CNS) — Pope Francis said remembering the millions of men, women and children who perished in the Holocaust is a call for the world today to reflect and commit to not repeating the atrocities of the past.

Speaking to pilgrims in St. Peter’s Square Jan. 26, the pope said that "in the face of this immense tragedy, this atrocity, indifference is inadmissible, and remembering is a duty."

"We are all called to have a moment of prayer and reflection, each one saying in his or her own heart, ‘Never again, never again!’" the pope said.

International Holocaust Remembrance Day is observed around the world Jan. 27, which marks the 75th anniversary of the liberation of Auschwitz-Birkenau concentration camp in Oswiecim, Poland.

Operated from 1940 to 1945, Auschwitz was the Nazi’s largest camp and consisted of three parts: Auschwitz I, where many were imprisoned and murdered; the Birkenau extermination camp — also known as Auschwitz II — and Auschwitz III (Auschwitz-Monowitz), an area of auxiliary camps that included several factories.

In 1942, Auschwitz became the site of the mass extermination of over 1 million Jews, 23,000 Roma, 15,000 Soviet prisoners of war and thousands of Polish citizens of different nationalities.

The Nazi’s systematic persecution and genocide led to the deaths of 6 million Jews in Europe.

During his visit to Poland in 2016, the pope visited the Auschwitz death camp, where he prayed in silence and met with survivors of the Holocaust.

The pope has also denounced anti-Semitism and violence against Jewish people, including in November when reports surfaced of an escalation in anti-Semitic violence and vandalism across Europe.

During his weekly general audience Nov. 13, the pope said that the world has "seen so many brutalities done against the Jewish people, and we were convinced that this was over."

"But today the habit of persecuting Jews is beginning to be reborn," he said. "Brothers and sisters: this is neither human nor Christian; the Jews are our brothers and sisters and must not be persecuted! Understood?"

Two organizations representing the bishops of Europe also issued a joint statement to mark the anniversary of the liberation of the death camp.

"Here, the Nazis took the power to decide who is human and who is not. Here, euthanasia met with eugenics," they said. "Auschwitz-Birkenau is a result of the system based on the ideology of national socialism, which meant trampling the dignity of man who is made in the image of God. Another totalitarianism, namely communism, acted quite similarly, also reaching a death toll of millions."

The bishops said they wished to "appeal to the modern world for reconciliation and peace, for respect for each nation’s right to exist and to freedom, to independence, to maintain its own culture."

"We cannot allow the truth to be ignored or manipulated for immediate political needs," said the Jan. 26 statement. "This appeal is extremely important now, for — despite the dramatic experience of the past — the world in which we live is still exposed to new threats and new manifestations of violence."

Ex-Planned Parenthood manager: They don’t ‘refer to any unborn baby as a baby’ 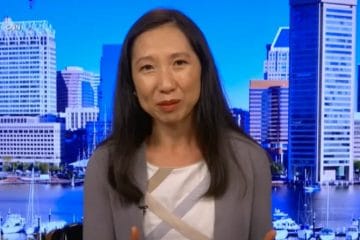